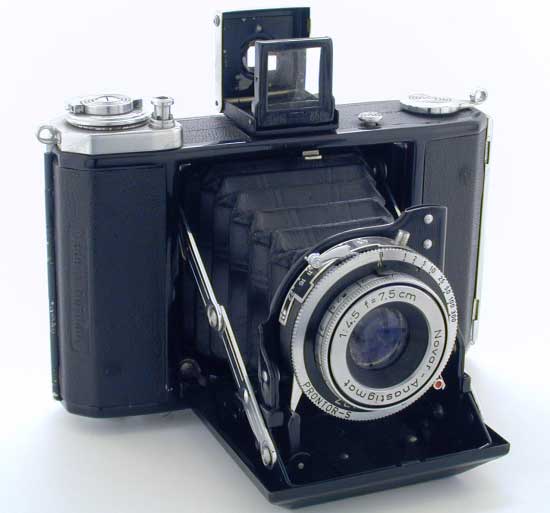 I learnt to like photography with a cousin who explained me, with a SLR Yashica, how speed and aperture could control the flux of light to produce the latent image on film. I was 8 years old and found it all fascinating. I used to draw, paint, liked art, my father gave me a oil painting set and books with some great masters of art, when I was 6. So I can say that to admire, study and make images was something that always intrigued me and consumed a great deal of my attention.

I started to collect cameras when I was offered an Ikonta (above), that belonged to the grand father of my wife, as a present. I already had a Olympus Pen EES2 that was my very first camera and used it for family and travel pictures. Being a 35 mm half frame camera, a 36 frames film produced 72 pictures and that was something like a feast at that time. The reduced negative size was not a problem as the standard copy was only a 9 x 12 cm print. 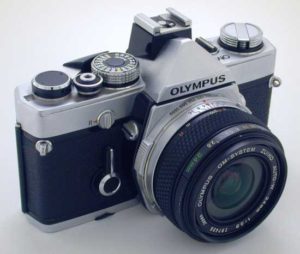 I had also, when I got the Ikonta, a Olympus OM1n single lens reflex camera, which was a big step, a real accomplishment for me as this was a reflex like my cousin’s, who at that time had unfortunately passed away in a car accident. I bought this camera when my first son, out of three, was born and I found myself well off for the rest of my like in regards to cameras. That was in 1982 and I was 23 years old.

When I received the Ikonta I don’t know how may hours I spent turning it from one side to another analysing each little piece in it. I was fascinated by that combination of black enamel, leather, polished aluminium, anodised steel, glass, engravings, controls, joints, and articulations. I found it a jewel of precision, good taste, engineering and, last but not least, it was capable of making images. I hastened to buy film to try it out and loved the 6 x 6 cm negative size. I was teaching math in high school, having a degree in Physics, but had started to get some small jobs using my Olympus OM1n. That were product pictures, for folders and small advertisings in magazines and what else people would ask me to. I set up a black and white darkroom at home. Acquired a Mamiya C330 to improve my photo quality and was getting more deeply involved with photography.

One day, walking down an antiques fair, just by chance as I was not at all a frequent visitor of such things, I stumbled upon a camera that looked like my Ikonta in a booth selling watches. Later I learnt that it was a Super Ikonta A, from Zeiss Ikon. It was so obvious that my Ikonta would not be the only survivor of its era, but, at the same time, it was for me a revelation to realize that there were others. Until today I don’t know whether the seller had no notion of price or if it really was something with no commercial value, but the fact is that even being a teacher with little earnings, I was able to buy it with my pocket money. 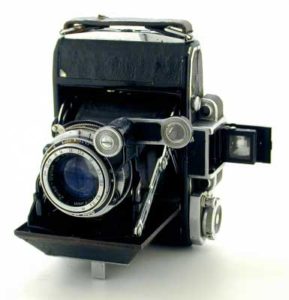 From that time onwards I got very attentive to antique cameras and the little information that I could have access to (no internet at that time) I absorbed it like a sponge. I got very impressed by rangefinders, which existence I did not suspect before. Made pictures with the Super Ikonta and once more engaged myself in tastefully making myself aware of each en every detail and solution for adjustments and sophisticated controls the camera offered.

It took a good time till I really started to buy other cameras as life got more tight with three kids, me and my wife being teachers. But as the first acquisition was a bargain, I did not gave up about finding a second one and kept searching in stores in Sao Paulo downtown looking forward for a new  treasure. 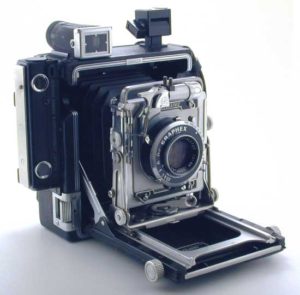 But it was only when I got a new job, in marketing, that from time to time I started to buy a new old camera. I remember in 1994 having about a dozen of them. By the end of that year we moved to Chicago because Thais was enrolled in a post doc fellowship Physics in a big lab over there. I bought a Pacemaker 23, from Graflex and a collectors book, the price guide 1995/1996 from McKeown. Little by little I was enlarging my collection having only two constrains, one was budget, of course, and the other one was that I always looked at cameras not from the point of view of only having them, but first and foremost for making images with them. That set aside cases of broken or irrecoverable ones and also the ones using non existing film or very hard to adapt from other formats. Later, when we lived in France and in Germany, I was able to research more and enlarge the collection adding lenses, darkroom, lighting and literature.

During the last ten year or so I stopped buying because among cameras and lenses I might have more than a hundred pieces by now. What I find the most interesting thing about this collection is that with it I can already tell the history of photography from its beginning till the 70’s. It is possible to relate many aspects of culture, aesthetics, society through those 150 years, to these objects that recorded its transformations. The demands for formats, processing, quality, colour, size, easiness, complexity in several human activities, amateur and professional, that made the use of photography, all of that tell the history of its time. Being able to photograph with them has for me today a ritualistic flavour, something like a communion, not with the past alone, but with something permanent, continuous, a tradition of image making that has lured us throughout all the times.