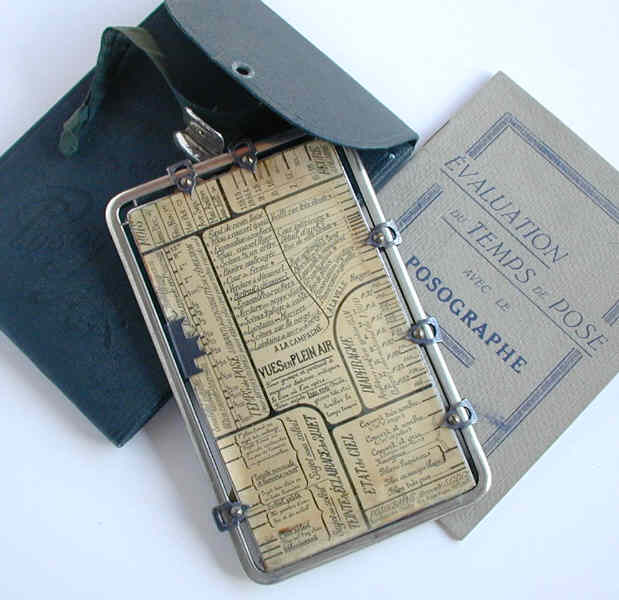 This is a computer. It is, in the sense that you enter information on it; it performs some operations with that (real time in this case) and gives back a result that you can read and use. Every sliding rule or disks is also a kind of a analogic computer. But what a complicate one is Le Posographe! Have a look on the picture below to realise the mechanism that is inside. I wonder if it was deducted using mathematic functions or by trial and error and I can’t figure out what would be more complicated.

It works on both sides. One is for indoor and the other one for outdoor application. User just have to slide the pointers at the borders according to the month, hour of the day, apperture, sky conditions and kind of subject (this is for outdoors). At the indoors side it is more detailed. One or two windows? How much sky is seen? How far is the subject from the window? Colour of the walls? and also some assessment about the external light. The final result is the shutter speed.

The ingenious device was awarded several times. The first one was in 1922, the Grand Prix au 20º Concours Lépine. The owner’s manual I have is up-dated with stamp that says Médaille d’Or PARIS 1931.

The finish is first class, with leather case and a very detailed booklet that is signed at the end: Kaufmann Inventeur-Constructeur 11, Rue de la République – Puteaux. 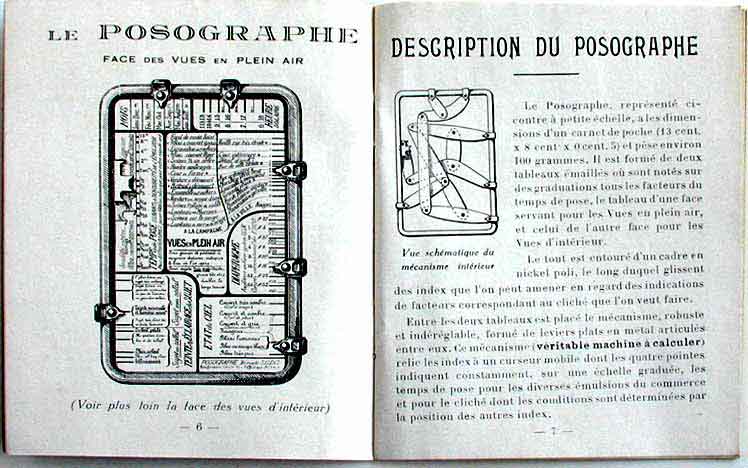