I bought this camera in June 2008 in Bièvres, France, during the annual foire photo. It is a collodion camera having a Darlot Cone Centralisateur lens, both in excellent condition. Collodion, also known as Wet Plate, is a process that produces a glass negative reducing exposure time up to 1 second when very bright light was available. Under normal conditions, it was about a few seconds for a portrait. That was a big improvement compared to the Daguerreotype which needed much more time. In comparison to the Talbotype it was an improvement as well in the sense that the collodion brought transparency to photography: the negative was made with glass plates instead of the waxed paper used in Talbotypes. The only set back is that the collodion is soaked in a solution of silver nitrate and must be exposed before it dries out. Depending on temperature and air humidity less than ten minutes is the time the photographer can allow between sensitising the plate, take the picture and start development. 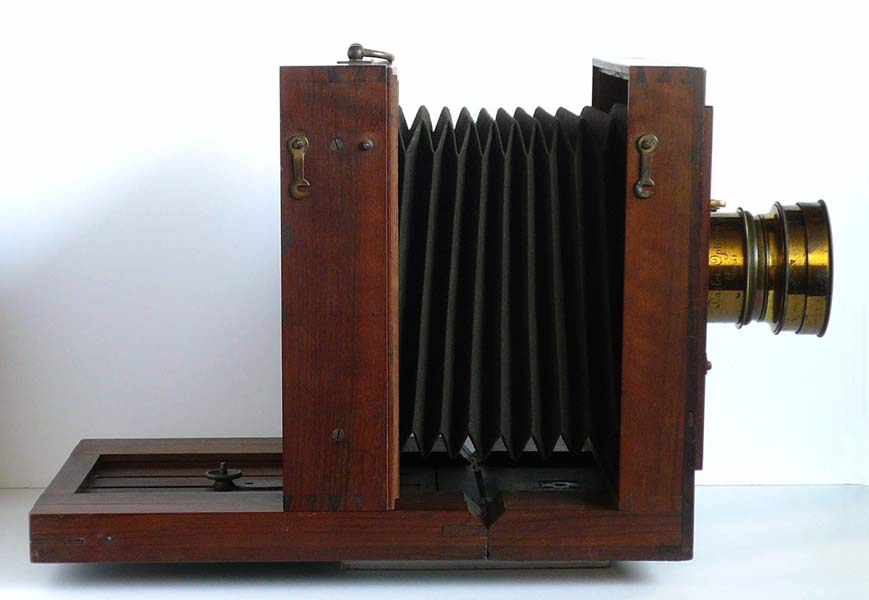 This is an unbranded camera like many others at that time. It could be just because the producer didn’t see the point in branding it, or it could also be a way to bypass patents without paying royalties. There were many disputes and lawsuits at the beginning of photography claiming rights over processes and design. That was the case in lenses, cameras and devices. Voigtlander had, for instance, a dispute with Petzval and moved from Wien to Braunschweig, allegedly, to run away from patents and produce over there thousands of Petzval type lenses. The daguerreotype was acquired by the French state from Daguerre and Niepce heirs and made public. That helped tremendously the immediate widespread diffusion of the technique. Talbotypes were intellectual property of Henry Talbot and although the negative/positive concept proved later to be the future of photography, it took much longer due to patent reasons

The illustration above shows a camera that is exactly like mine and I took it from a book called Traite Special de Photographie (1875) from a producer of photo gear called Dubroni. Maybe it is actually the same make or maybe one copied another. I found another camera very similar to mine in the French Museum for Photography in Bievres.Like mine it has also a Darlot lens. 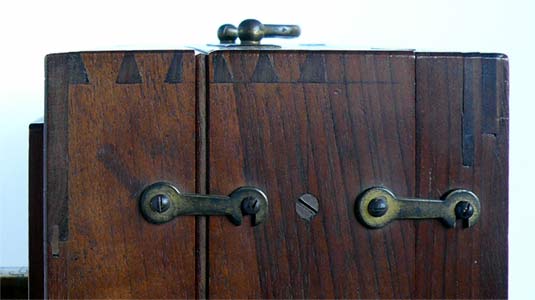 Being or not a copy, or gray market, the fact is that this camera is very well constructed. Solid with dove tails structuring the walls and with an overall very good impression. 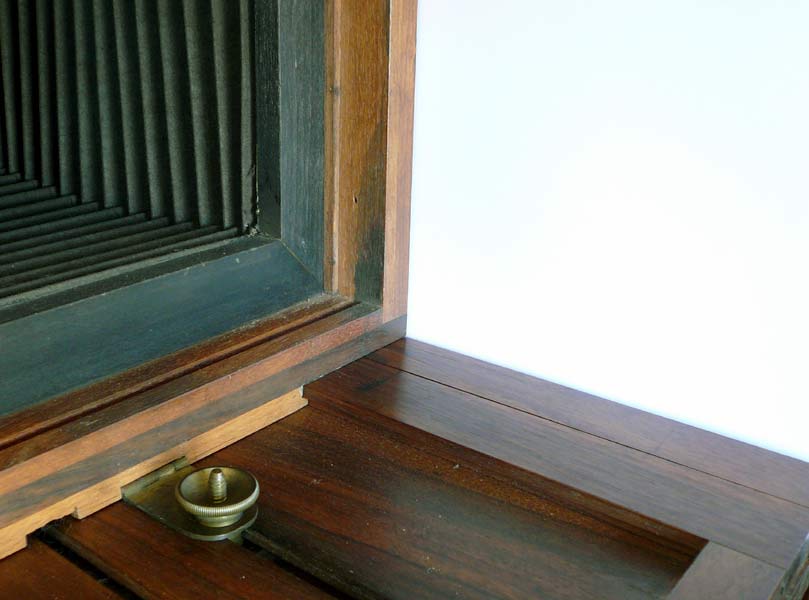 It is quite rare nowadays to find such a well kept collodion camera. The wet load started staining and ended up consuming the wood and brass parts. This one seems to have been used just a few times, it certainly belonged to an amateur photographer. There is just one dark stain visible where the plate holder should stand and another on the bed over which the camera back slides for focusing. It came without plate holder 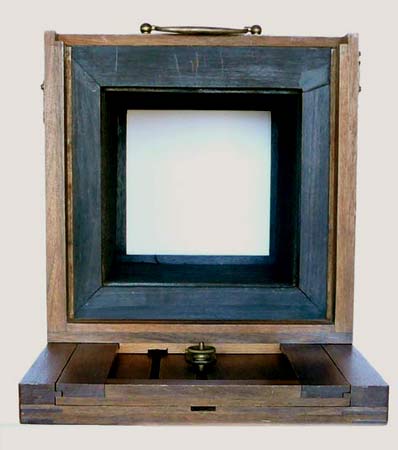 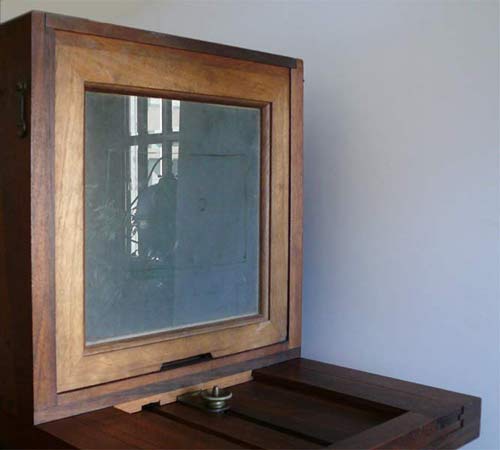 Like in most of the collodion cameras, ground glass slides from the top and has a square shape. This one is 18 x 18 cm, that means this is a half plate camera where half plate stands for 13 x 18 cm. The landscape or portrait composition was made while loading the plate on the plate holder as it can be seen in the next picture that I took from the American Civil War Photography website. 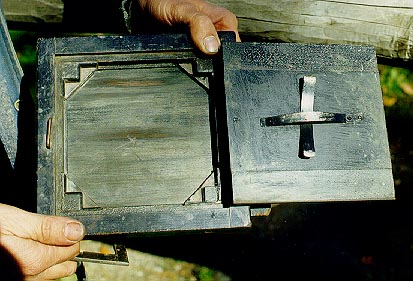 As an additional mark from the previous owner, I found this sitting figure sketched on the ground glass. I will keep as it is. 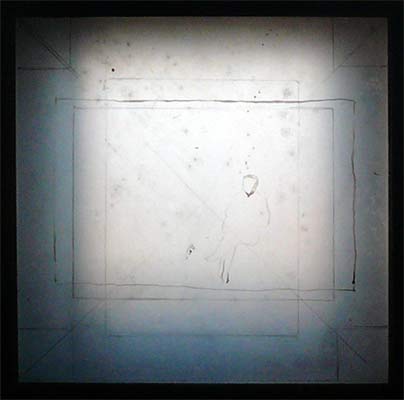 Finally an heresy from my side: I made a new frame following the measures from the original ground glass and adapted a new film holder and focusing screen. Now I can use the camera and the Darlot Cone Centralizateur Petzval type lens, that came with it, with modern film in a Linhof film holder! But I intend one day to try wet plate photography as well. For the time being, I have some portraits that can be seen at the Darlot’s page. 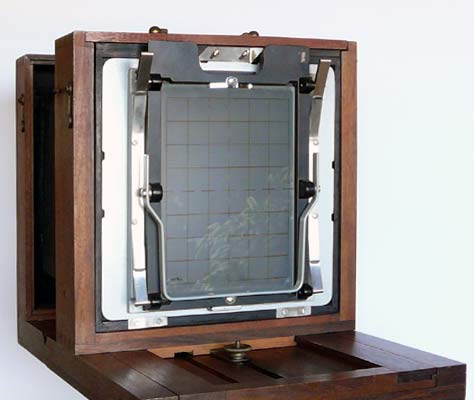