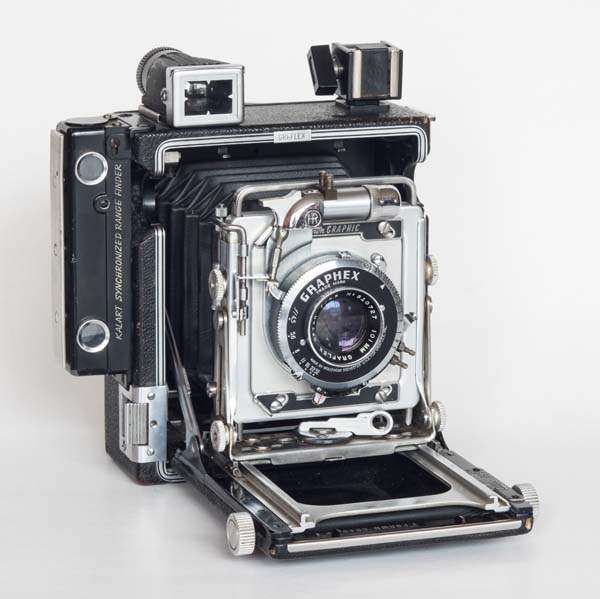 This is the baby version of the Pacemaker Crown Graphic 4×5 camera. Graflex manufactured this model between 1947 and 1973. The concept is that of a camera that can be used as a view camera, with ground glass, tripod and lens movements, but also as a camera for snapshots in hand held photography. Many other manufacturers have offered such models and probably the most accomplished case would be the Linhof 6×9. They all belong to a time before specialization in which a professional camera should do everything. The idea that with this camera, “I can take any job,” must have been attractive to photographers of that era.

The compromises for such flexibility are not trivial. In the end, whatever the type of photography, we always have the feeling that we are carrying useless things and regretting what could be better specifically in what we need at the moment. For example, it has front raise, moves lensboard sideways and it can also be tilted backwards, but the film is fixed and does not even rotate to portrait or landscape. Another case is the use of different lenses. It is possible to mount different lenses, however, the rangefinder does not have the feature of Linhofs to accommodate different focal lengths. It would be necessary to change  the cam, which has the correct curvature for each case. It is the profile of this blade that communicates to the rangefinder the position of the lens and allows it to evaluate the focus by matching two images created by telemetry (those are the two round windows on the left side of the camera in the photo above). There are hobbyists who amuse themselves by making these adaptations, but there comes more of a taste for craftsmanship than pure interest in picture taking. If you want to make yours, see how in this link. 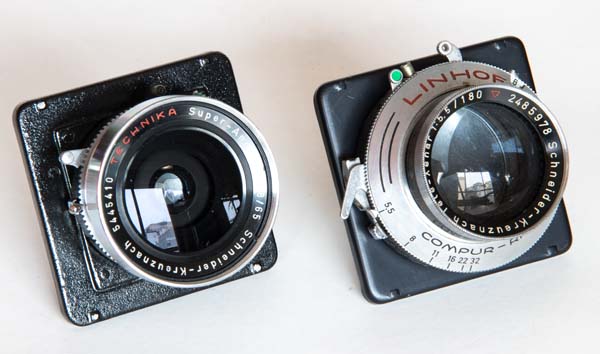 So in practice, in order to use other lenses than the original lens, the alternative will be to use tripod and ground glass. In this camera the standard lens is a Graflex Optar 1: 4.5 / 101 mm, Tessar type design. Kodak’s Ektar, also Tessar type, are very common as standard lenses. Above are two Linhof lenses mounted on lens boards for Crown Grahic 23. The one on the right is a 1: 5.5 – 180mm Tele-Xenar, very easy to use, and the one on the left is a Schneider Super Angulon, 1: 5.6 – 65 mm which is already a little complicated in use because the lens board is between the external and the internal rail. It would allow a lot of movements because it covers up to 4×5 “, but this is virtually impossible because the camera’s own structure prevents these movements. 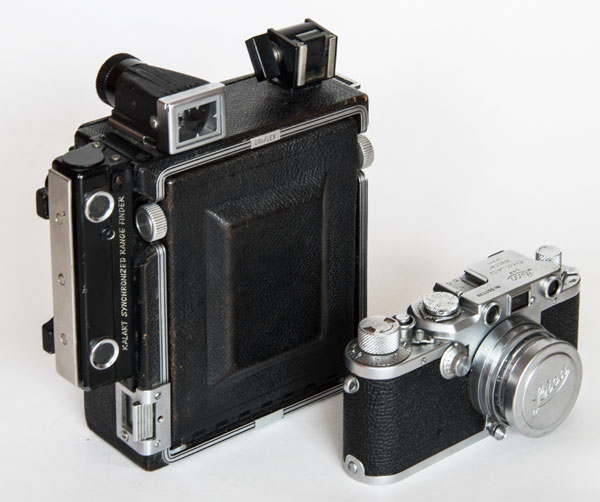 As far as size is concerned, it is reasonably smaller than the 4×5 “version, but even closed, compared to a 35mm, like the Leica IIIf above, is still a very large camera. Compared to other medium format folding cameras, such as the Super Ikontas, or the older Maximar, it is something like 1.5 times bigger.

The point where the Graflex become very interesting is in the possibility to switch between sheet film, 120 rolls and even dry plates made with common glasses. 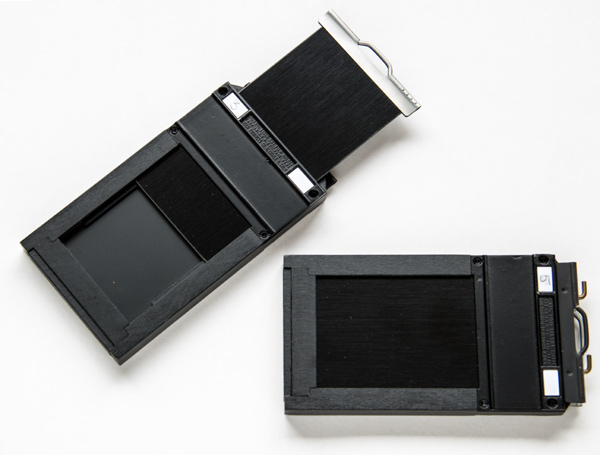 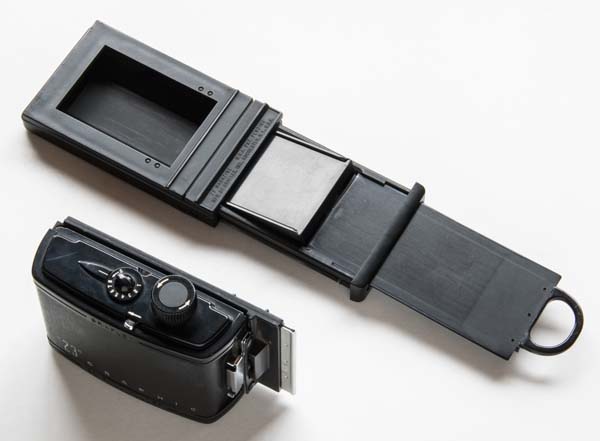 Another interesting way of using sheet films is with a Grafmatic back, high in the picture above. Using it, it is possible to load a pile of 6 sheets that are exchanged with two movements like that of opening and closing a drawer, without removing the holder from the camera. 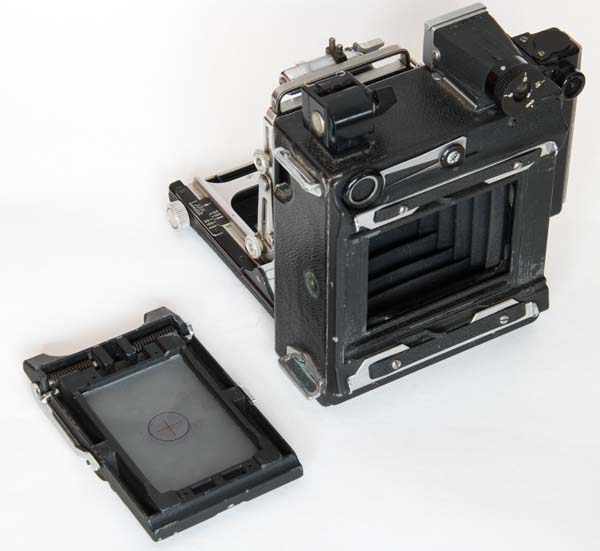 The other type of back, called spring back, does not allow the removal of the ground glass as seen in the photo above. The glass only retreats for insertion of common film holders, Grafmatics or film pack adapters (see below), but as the film adapter 120 is large, ground glass must be removed entirely, this is what the Graflok back allows and the spring back doesn’t. It is possible to adapt a spring back to accept 120 film adapters. See ideas in this link. 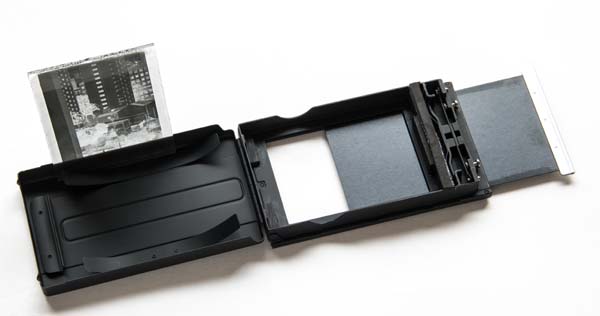 Still very interesting is to use a film pack adapter, easily found in auction sites, to receive glass plates sensitized with silver gelatin. The adaptation consists of simply gluing a small piece of wood covered with an EVA (or other type of foam) for light sealing (right side in the photo above). The springs in the lid must be bent to compress the glass plate against the frame and thus the glass plate holder is ready. You can use ordinary 2mm plates, like the one shown in the picture above. This is good since they are easier to find, and cheaper than the 1mm glass normally used on the original plate holders. 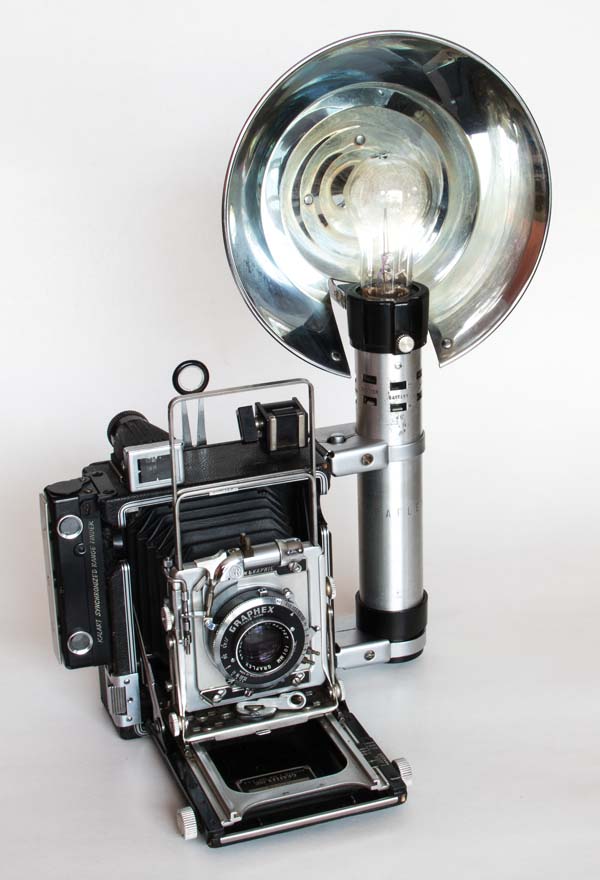 I believe that no other camera in the history of photography is as much associated with the use of flash bulbs as the Graflexes are. It is very iconic the image of the photographer with a Speed or Crown Graphic and a great reflector for flash bulbs. See some of them on the Crown Graphic 45 page. It is still possible to find remaining stocks of flash bulbs on the internet.

The flashgun, unfortunately, was chosen to make the lightsaber used in Star Wars movie. Then the community of fans of the saga hastened to kidnap the all flashguns they could find and took them away from the realm of photography. 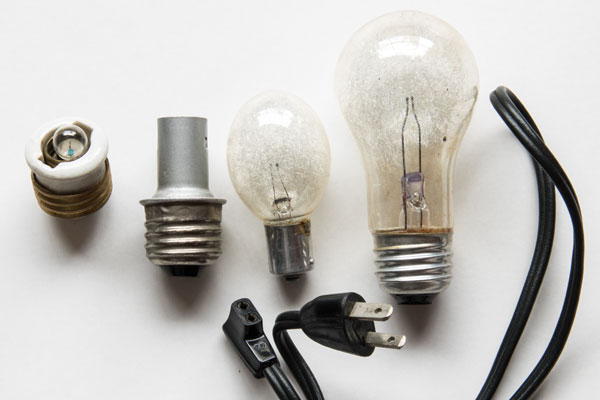 But if you are the happy owner of a Graflex flashgun, above are some indispensable or at least very useful things to use with. On the left is a socket with an ordinary bulb adapted. This is useful because flash bulbs only work once and go from “new” status immediately to “burned out”. That way, if you need to test your equipment and make sure there is an electric pulse being sent to the bulb contact, this tester will be very useful for you to dispense with burning real flashbulbs just to check the circuit. It will flicker very dimly and quickly when the shutter is released, but it will give you the certainty that it is working.

The bulbs are basically # 5 and # 11 (left and right). Note that the # 5 needs an adapter because its socket is smaller and bayonet type. Despite the size, the Nº11 is not much more powerful than the Nº5. Both dispense with an enormous amount of light. For indoor photos you get settings as f16 and f22. But it is also worth remembering that since the flash duration is relatively long, it is possible to control the light by the shutter speed. With 1/50 you will be capturing all the released luminous energy. With 1/100 or 1/200 you will be chopping it off while the flash still glows. For these lamps the synchronism in M as they take 0,05 seconds from spark to light output starting. The synchronism X, was and continues being for electronic flashes that has duration of the order of milliseconds.

It is very important to have the original cable since the contacts on the Graflex lenses are not of today’s standard  flash type. On the flashgun side it is simply common plug with two flat contacts (see photo). In the lens is a standard whose name I do not know but is visible in the photo above. In the photo of the front of the camera, those are the two pins that protrude  radially where would be the 4 hours if the lens were an analog clock.

What the flashbulbs contain is basically a mesh of magnesium and some additives for its instant oxidation (burn), when they emit light and heat. Magnesium can still be used as loose powder if mixed with an oxidant. See this link to know how. It is very easy to produce serious skin burns with flash bulbs. It is good practice to keep a distance of at least 1 meter from anything sensitive or flammable in front of the reflector. I never experienced a flashbulb self ignition and they are coated with a plastic layer to prevent their shattering, so they are safe in handled with care. It takes a few seconds, after burning it out,  until they can be touched with the hand. For more information on flashbulbs visit flashbulbs page, lamps made to burn

As for the flashbulbs themselves, since they are all very old, it is possible and advisable to test them beforehand. This is possible with a multimeter in the electric resistance measuring mode. The multimeter will put a low voltage, just enough to measure the resistance, which should read zero, but insufficient to start the bulb ignition. If it looks like an open circuit, between the two poles of the lamp, it means that even with the spark it will not burst because there will be no current. But if you have not completely understood this explanation, it is best not to try anything because burning a flashbulb while you have it in your hand is very dangerous and you should not run that risk.

Another interesting thing about the Graflex flashgun is that in case of lack of batteries they can be plugged directly into any 110V outlet. They can even trigger the camera instead of the usual reverse direction. For this, you need to have a solenoid on the lens board (see the small cylinder with a kind of trigger just above the lens). It is driven from  the flashgun when the latter is fired through a button. In that instance, an electric pulse is sent to the solenoid that drives the shutter.

Even with the caveats made at the beginning, the Pacemaker Crown Graphic is still a very nice camera to use. If for the professional, who will usually specialize in one or another type of photography, the versatility of Crown Graphic ends up being a limitation, by adding characteristics that may not have use and fall short in others which are critic, for the amateur, precisely this general purpose approach makes it an ideal companion. In addition, it can’t be forgotten all its history and all or its its aura as cult object. It is the little sister of a true classic in the history of cameras and it is impossible to hold it in your hands without that warm feeling of being part of a long tradition in image making.

There is a website called graflex.org which is a great repository of information about Graflex’s production throughout its history. Also very interesting are the articles written in a passionate way by the community of its devotees.

I have owned this camera since 1996 and have already used it a lot. Below are some photos taken with it. 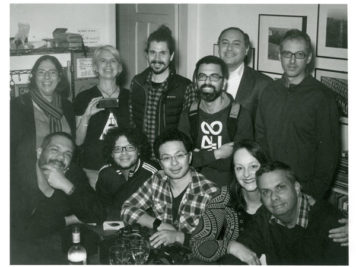 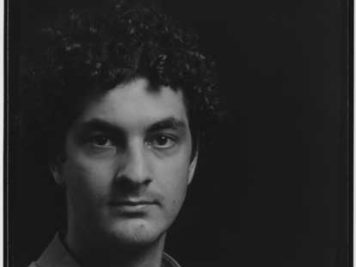 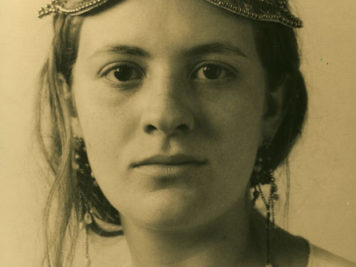 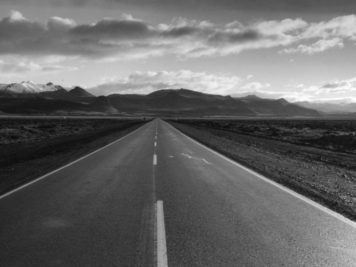 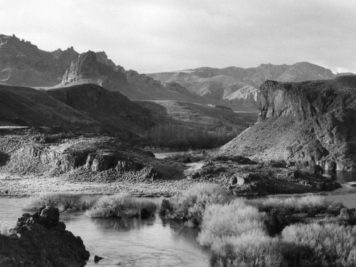 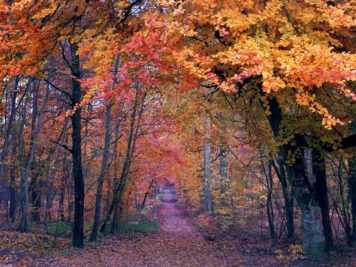 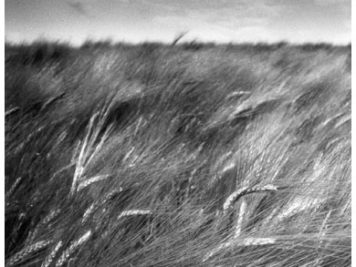 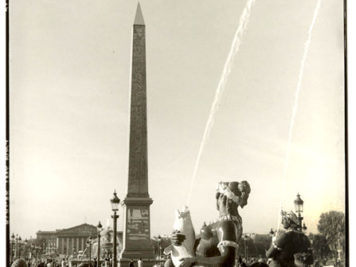 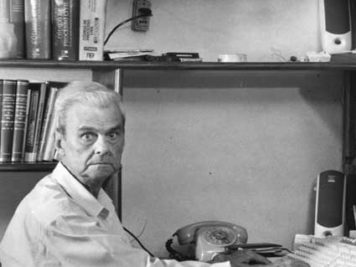 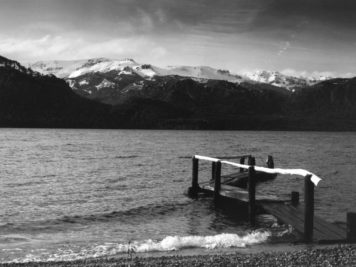 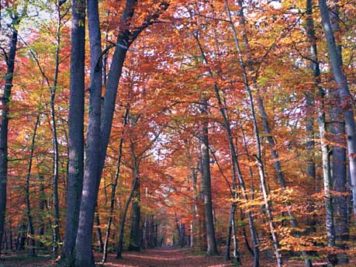 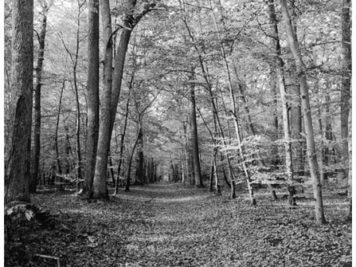 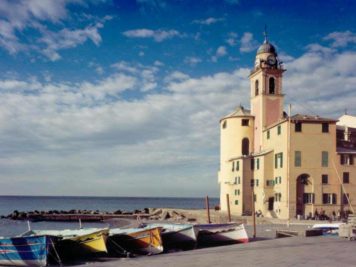 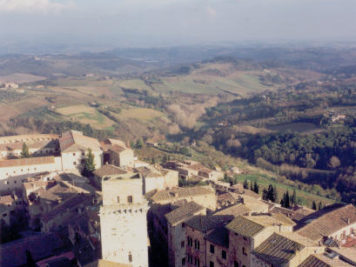 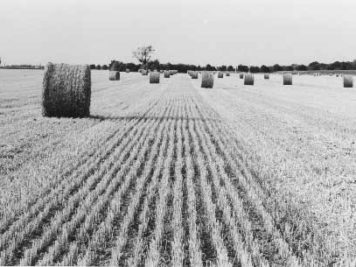 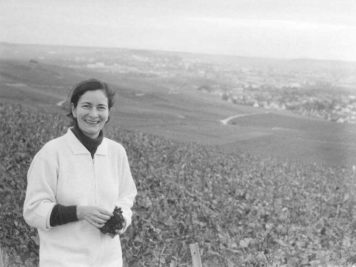 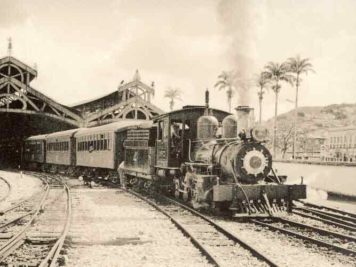 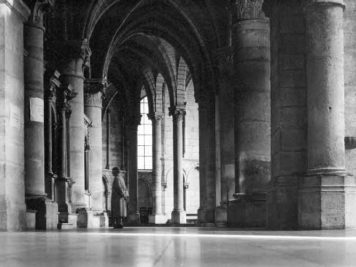 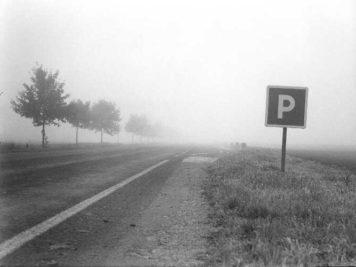 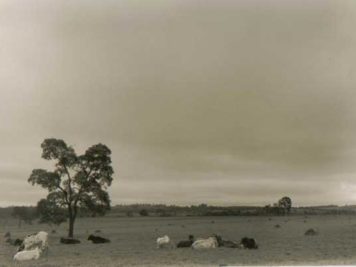