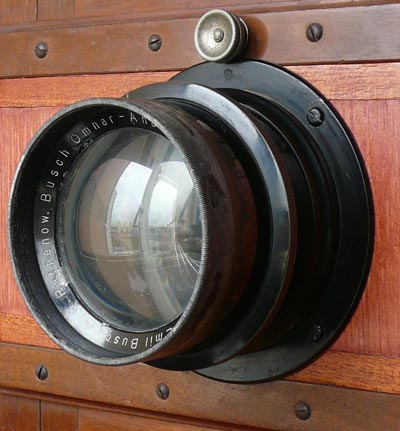 This is an anastigmat general purpose lens produced by Emil Busch A.-G. Rathenow. It came with a wood camera that uses 13 x 18 cm film/plate. That allows a good range of front movements more than camera can deliver as the angle of view is 80º and correspondent image circle of 42 cm in diameter. The design of this lens is known as Double-Gauss in reference to the telescope lens, consisted of two meniscus, proposed in first place by the mathematician Johann Carl Friedrich Gauss (1777-1855). Much later, Alvan G. Clark, producer of optical instruments, well known for his telescopes, took up the idea again by assembling two pairs of Gauss lenses in a symmetrical arrangement. That was not a commercial success but the basic idea was further explored by other lens maker like Ross (Homocentric lens), Meyer (Aristostigmat lens) and Emil Busch from Rathenow, Germany, with its Busch Omnar. Some of these lenses remained in production till the 1930 s. 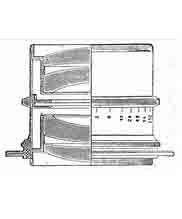 The double-gauss concept itself made its way in photographic lens history. Almost every high-apperture objective used today is of the type known familiarly as the Double-Gauss lens. Cult names like Planar, that equipped Rolleiflexes, and also unsymmetrical types like Biotar or Summitar, Summicron (both Leica) all of them are further developments from the Double-Gauss idea. The same goes with Canon, Nikon high aperture lenses going up to f1.4 or f1.2

I bought this one in Rome, in the Porta Portese flea market, in 1998. It came along with a wooden camera 13×18 cm that I could not identify. I paid USD 60  for the whole set that included a tripod from the same vintage. A bargain price even in 1998. Now the lens it is mounted in an Ica Excelsior because I have more backs for this one. 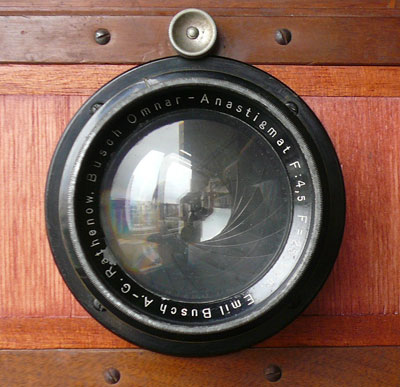 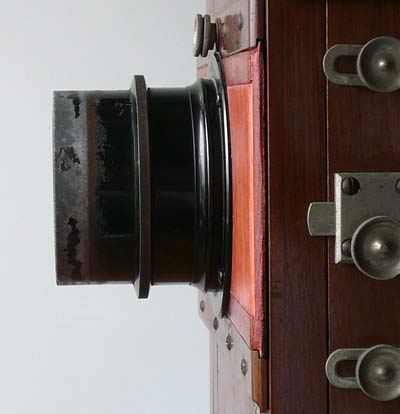 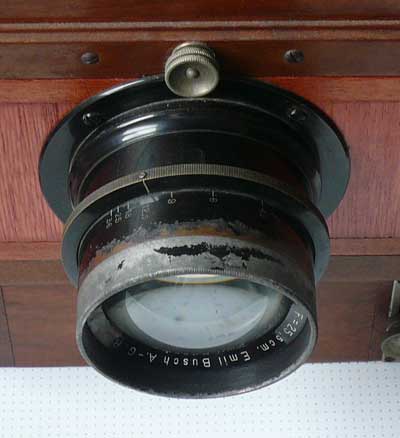 The following picture was made with natural light on Agfa ASA 100 13 x 18 cm film. The lens was fully open (f4.5). Print was made over aquarelle paper sensitised with a siver-gelatin emulsion.

The second photo was also made over Agfa ASA 100 13 x 18 cm. Lens was stopped down to f12.5. Print was by contact over silver gelatine paper. Lighting came from a flash 640W. 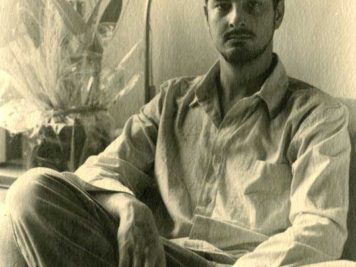 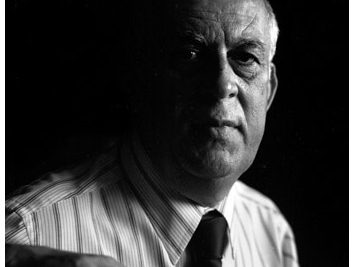