What is a photographic lens? 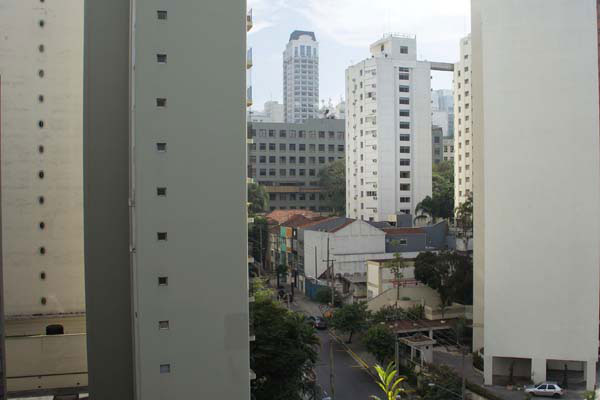 Any scene you can shoot is made up of objects that emit light (own or reflected) and it is from this light that the lens will form an image to be recorded on film or digital sensor.

If it were possible to block almost all light coming from a scene, like this one from my apartment window, leaving only a blip on the side of one of the buildings, we would have something like this: 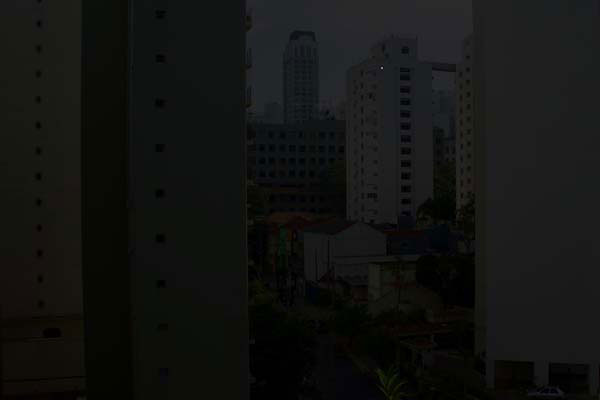 This point would appear quite bright, something like a star. From it we have light radiating in all directions. Let’s imagine a portion of that light coming towards my window. 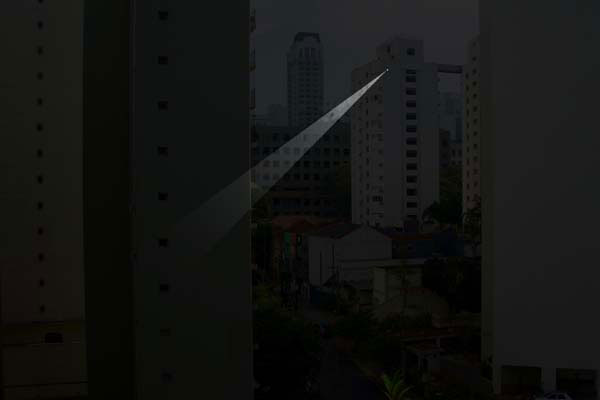 Now imagine that this light, diverging from that point in the building, would be forced to converge again at another point. This is exactly what the lens does. It captures a fraction of the light that each point of the scene issues and forces them to converge at other points. 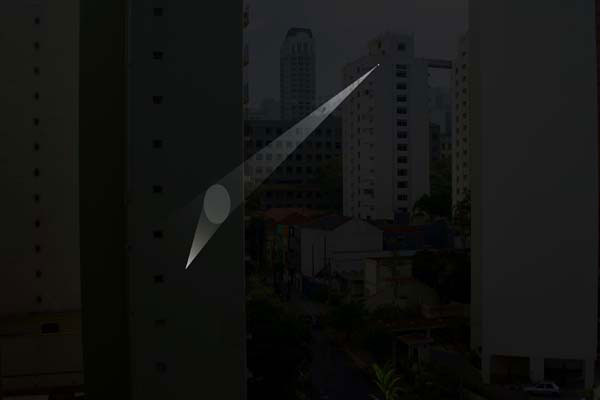 This second point is a point “image” from a point “object”. If we put a ground glass where the point image is formed, we may try to see its light. 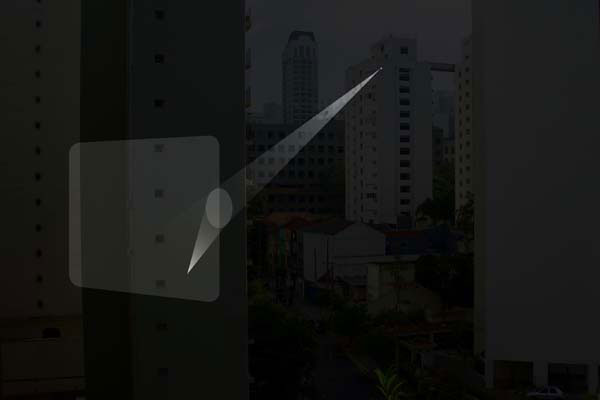 We will finally remove the dark veil that covered the entire scene. We will consider now that not only one blip on the building, but all that I could see from the window also emitted light to the lens. The fact is that the lens can make, from all these “object” points, correspondent “image” points. However, as there is plenty of light reaching the ground glass, from all directions and everywhere, we will make a sealed light box, so that the ground glass only receives light from the lens without other interferences. That only means that the photographic lens also needs a photographic camera. A camera is nothing more than a dark box that protects the ground glass, film or digital sensor, whatever is in place, so that they receive only light proceeding from the lens.

Then we will have something like the picture below. Note that bright objects form bright spots and dark objects form dark spots on the image, as the latter emits less light. 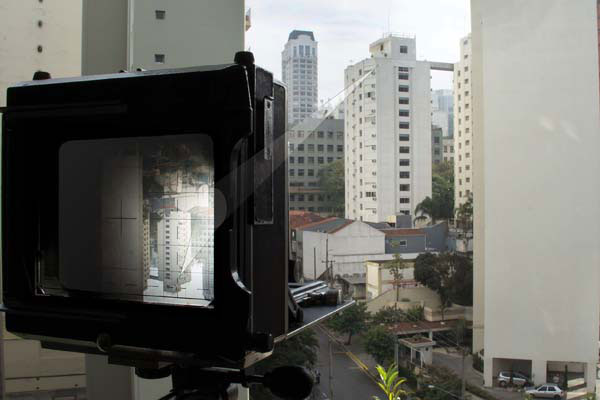 That is exactly the job of a photographic lens, no matter whether it is in an old Linhof Technika 13 x 18 cm, as this one above, or a brand new digital Canon, or your smart phone or the plastic lens in a Holga.