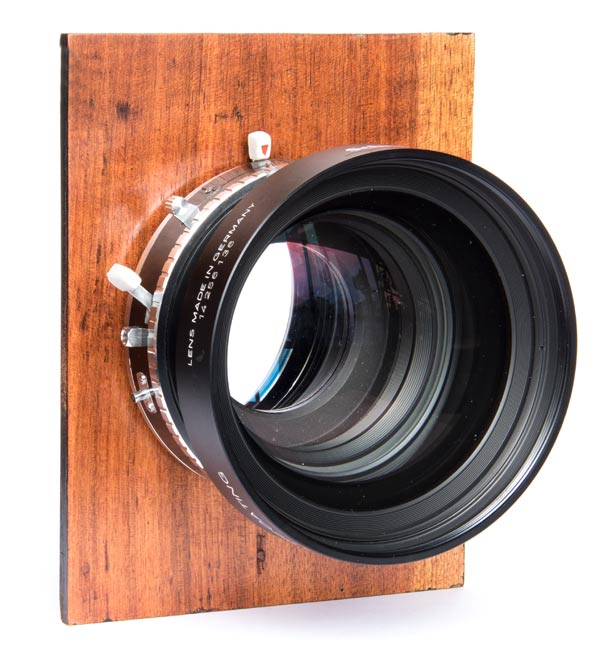 Although thousands of different lenses have been designed and manufactured throughout the history of photography, it should be no more than a dozen concepts that really marked a leap, a new and original path in the production of these optics. There are few cases in which an arrangement of elements and groups has been created. The overwhelming majority of lenses we know are new calculations based on concepts already established by one who has actually pioneered a new idea.

Schneider Kreuznach’s Symmar, although one of the five stars names in large-format photography in the twentieth century, is a direct descendant of Dagor, created in 1892 by Emil von Hoegh. At that time, he was a young mathematician, at the age of 27, seeking placement in German optical industry. Dagor, originally manufactured by Goerz, thanks to which Emil Hoegh was hired to head the development department, was the first lens to use a lay-out that would be followed by dozens of other manufacturers (source: Kingslake).

Dagor is an anastigmatic with 2 groups of 3 lenses glued and arranged symmetrically to the diaphragm. Symmar, launched in the 1920s, used the exact same concept. We can imagine that Symmar comes from symmetric and follows the fashion of ending the name of lenses with “ar” / “or”. In the following decade, redesigned by Dr. Albrecht Wilhelm Tronnier (1902-1982), it lost symmetry but retained both groups with six elements and the name as well. It was a convertible lens, each group could be used in isolation, thus offering longer focal length with sacrifice of maximum aperture. Together, they resulted in f/6.8 and were manufactured with focal lengths from 60 to 480 mm.

In 1952 there was a major change. Leaving the original Dagor lay-out, it was adopted instead what would be an “air-spaced Dagor”. Also an old concept, known as plasmat, developed by Schultz and Billerbeck of Postdam and patented in 1903 as Euryplan. The diagrams below show both drawings. 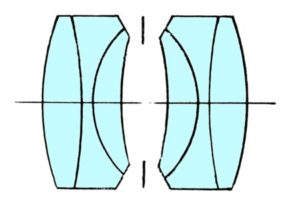 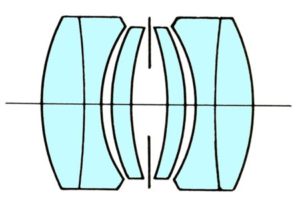 With the switch to plasmat lay-out, the aperture increased from f/6.8 to f/5.6. Significant new change came in 1972 with Symmar S. Convertibility was abandoned, that is, cells could no longer be used alone, only together. There was an improvement in the definition and a flatter image was obtained. Multi-coating, a multi-layer anti-reflective treatment, was also introduced as a way to increase contrast by avoiding internal reflections.

Soon after came Apo-Symmar, for which Schneider claimed even better performance. But many photographers find this improvement not so noticeable. According to Vade Mecum: “Symmar S gave up the convertible feature but showed still greater correction and a much flatter field, and this was further improved in the Apo-Symmar but one opinion is that the Symmar -S marked the point where further improvement was less obvious than before. “

About Schneider Kreuznach
It was founded in 1913 by Joseph Schneider under the name Optische Anstalt Jos. Schneider in the city of Bad Kreuznach in Germany. It provided optics for many cameras that were classic in photography, such as Rollleiflex, Kodak Retina, and Hasselblad. The brand is well known for its extensive and highly regarded large format lens range. From its foundation until the year 2000 it produced 14,730,000 lenses (source:Wikipedia). Today it is still active and supplies various brands of cameras, mobile phones and industrial optics. Unfortunately, it was withdrawn from Schneider’s official website the information and specifications of its vintage lenses that were a reference for all who still practice analog photograph or study photography history. 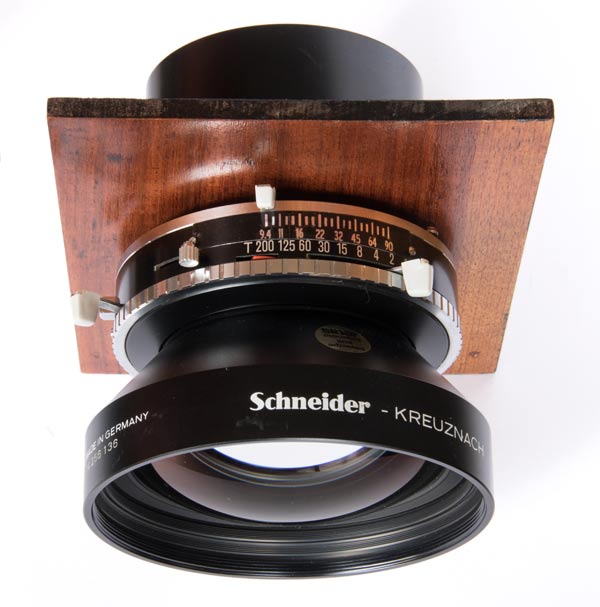 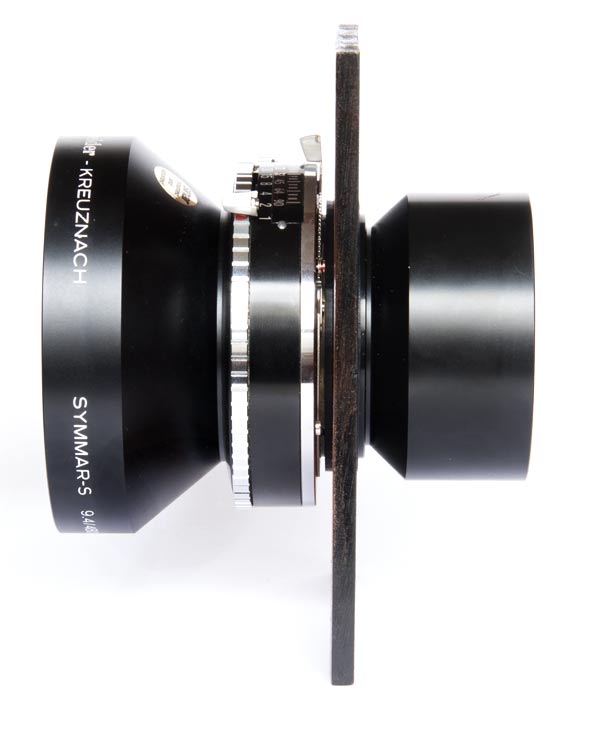 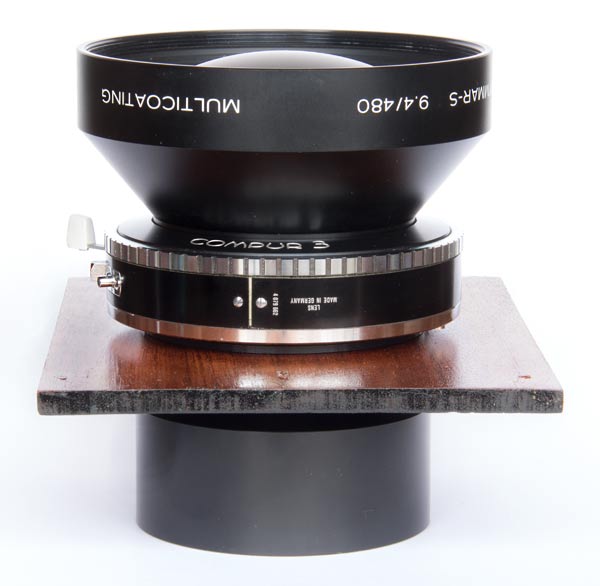 To give you an idea of how much this lens asks for bellows extension, using this simulator, we will see that to make a bust (head and shoulders 50 cm high) on an 8×10 inch film, the distance from the image to the lens nodal point must be 67 cm (~26″). This is approximately how much the bellows needs to extend.

For this reason I mounted this Symmar on a studio camera that I bought practically for it and for a Hermagis Petzval type. It has the disadvantage that in a studio camera it loses mobility. But it’s weights 1700g, not any field camera can handle all of that on the lens board and yet be able to fully stretched the bellows. Considering these points, I think it can be said it is a studio lens. The format of this camera is a whole plate, 18 x 24 cm, European size. I can’t see the point in using this lens for less. I have some wooden film holders, originally for glass plates, but with sheaths to be loaded with films as well. 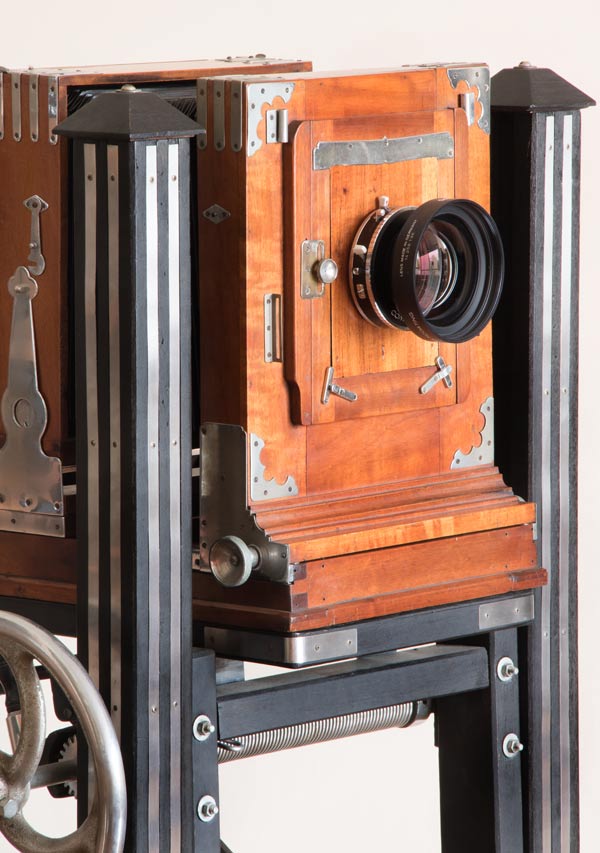 Below are two pages of catalogs copied from Camera Exccentric. The first of 1978 and the second of 1986. The most highlighted feature is multi-coating and the consequent improvement in contrast. 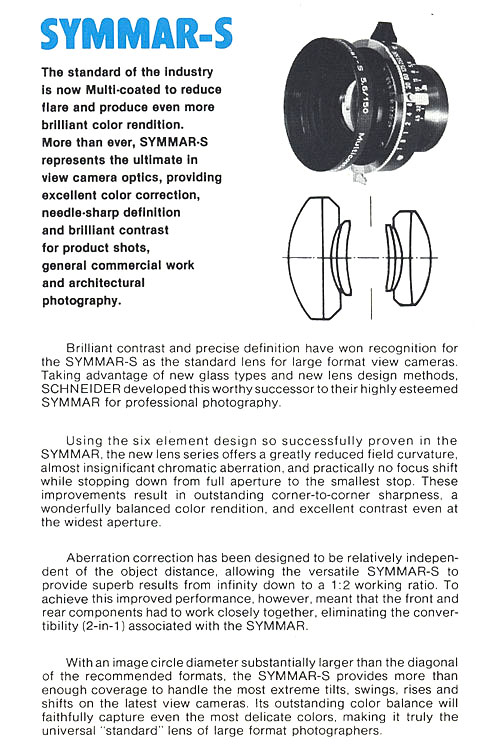 In this 1986 leaflet there is an error in the viewing angle of 480 mm. The image circle is correct and in line with documentation I found from Schneider itself. It is 500 mm. But by setting this focal length and this image circle on this calculator I checked that the angle cannot be 70º but 55º, which is very close to the 56º reported in other sources.

Some pictures with this Symmar S 480mm. Images are scans from contact copy on Ilford fiber paper. 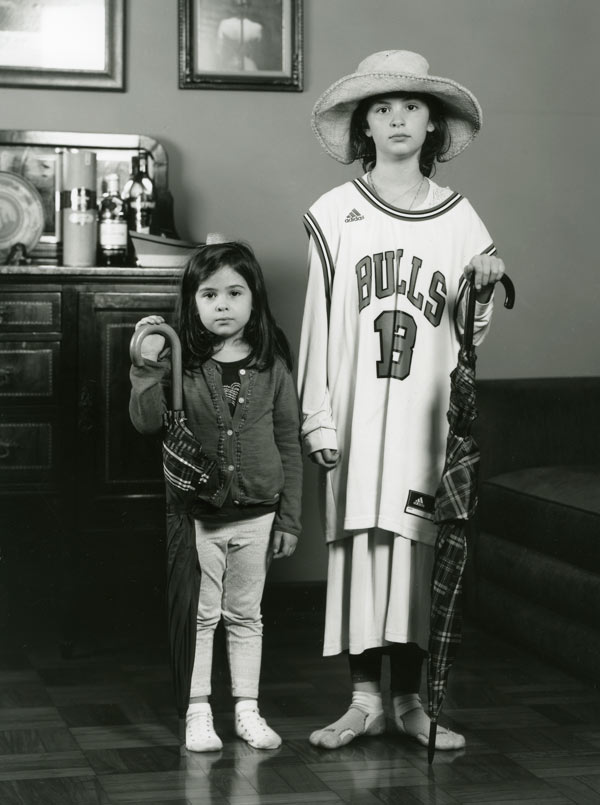 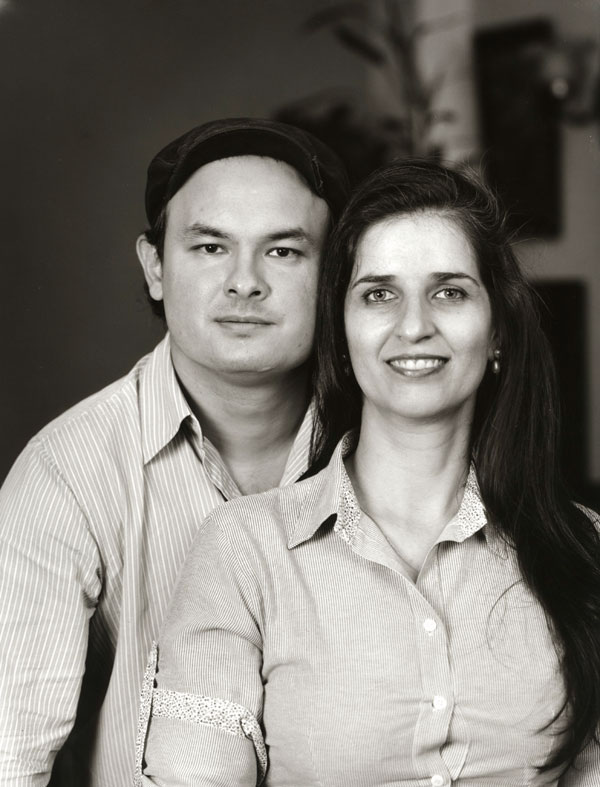 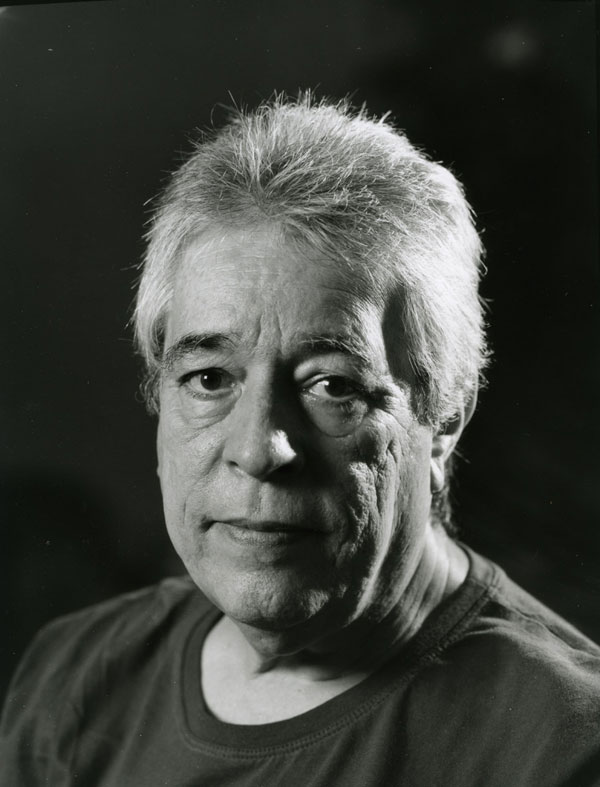 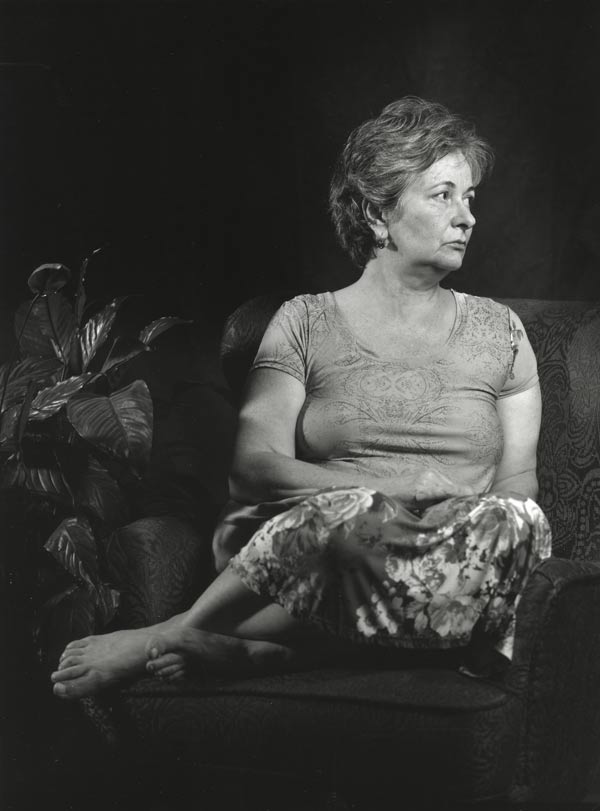 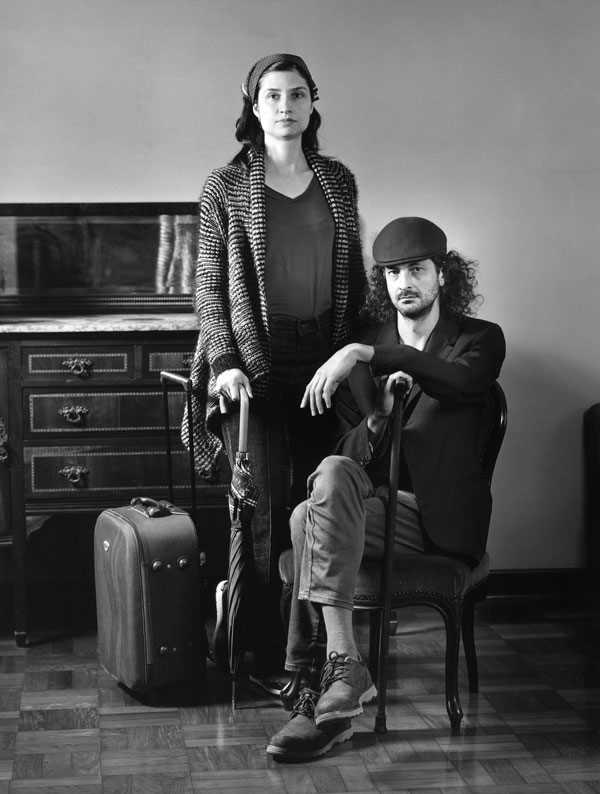 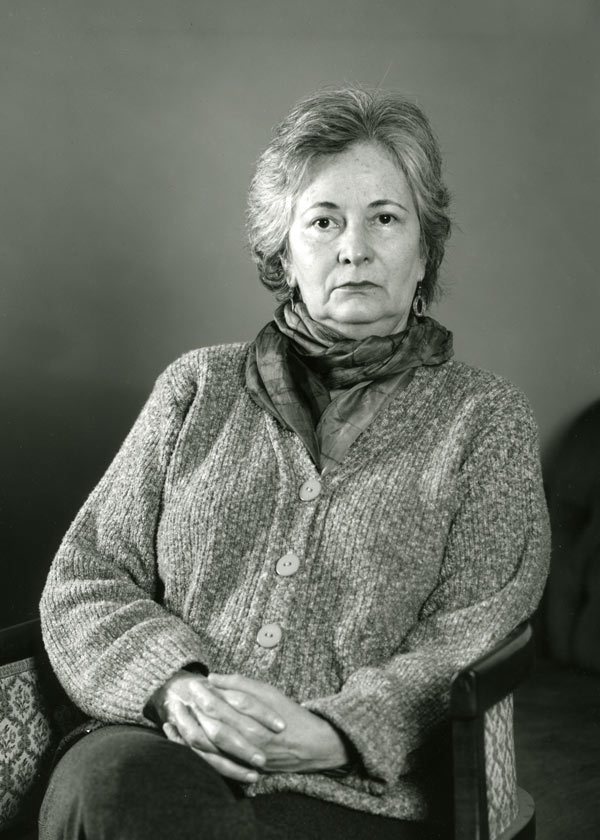 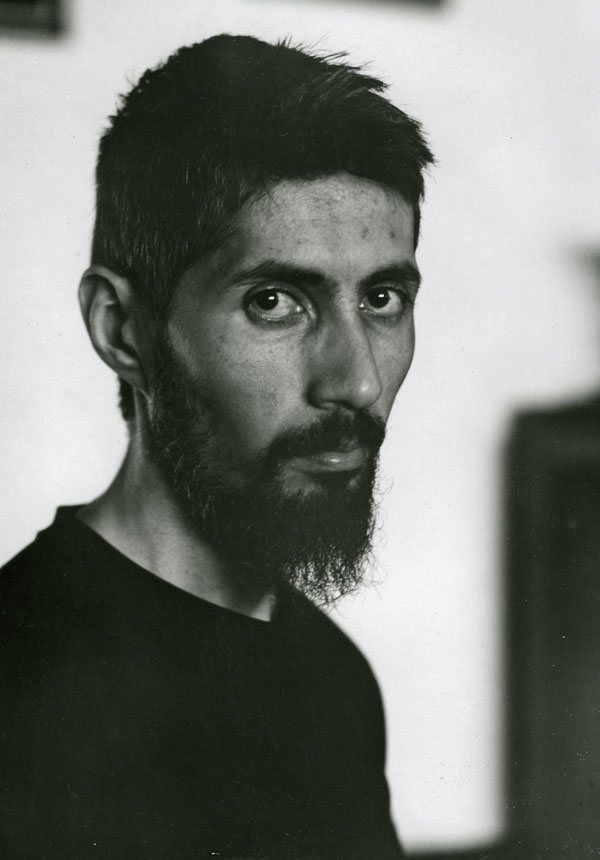