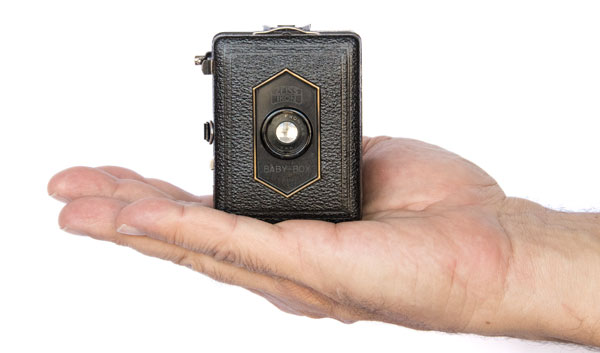 This camera was produced from 1931 to 1938. It uses 127 film and is very cute, like most cameras that use this format. It makes 3×4 cm frames and thus yields 16 photos per roll. As already indicated by the Baby name, it is a reduction of a Tengor Box, also box type, that used 120 film and 6x9cm pictures.

Its lens is a simple achromatic doublet called Frontar, f/11 – 50 mm, produced by Goerz, one of the big companies to enter the merger that originated the giant Zeiss Ikon. But it is interesting how it is mounted with the convex face facing outwards and with diaphragm inside the camera. Usually the achromatic doublets, from the beginning of the photograph, presented the inverse configuration, as in the lenses for daguerreotypes or wet plate for landscapes. See, for example, Hermagis or Lerebours et Secretan. 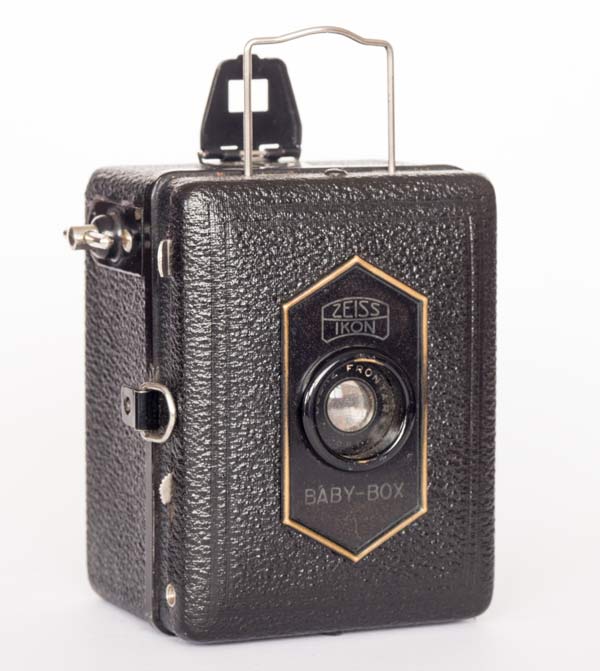 Three versions were produced, this is an instance of the second one and gained in relation to its predecessor this metallic front panel with the Zeiss Ikon logo and Baby Box engraved. The third generation came with a Novar f/6.3 lens, more sophisticated, an anastigmatic with 3 elements.

Although it is a simple camera, for times of crisis, its construction is very solid and of good finish. It has only 1/25s shutter speed but can be triggered by a lever or cable, on the right side, at the front. It has a protection against accidental shots because you need to pull the wireframe viewfinder all the way, or the shutter does not work. 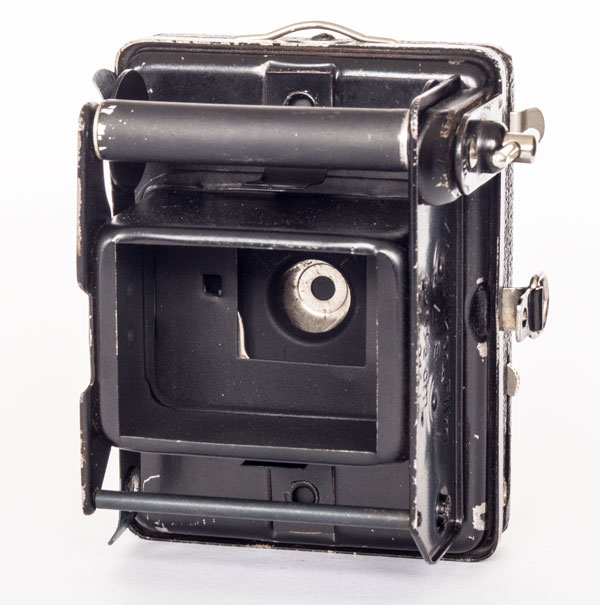 For use, on well-lit days, it is a fun camera. There are some brands still making the 127 format, but it can also be re-spooled from the 120. I made a page and a video showing the process I developed and used for that purpose. It gives a bit of work the first time but besides costing less than half the price per film, I think the great advantage is that you can use emulsions more interesting than those offered in the original format. So what pays off is to buy two rolls of 127, to get the reels and the paper, and then start cutting and spooling it from the 120.

One point to consider is that the developing reel, at least the metal ones, has an intermediate size between 35mm and 120mm. They are difficult to find. I think some plastic developing tanks are adjustable to the right height. But this is something that needs to get into the planning. 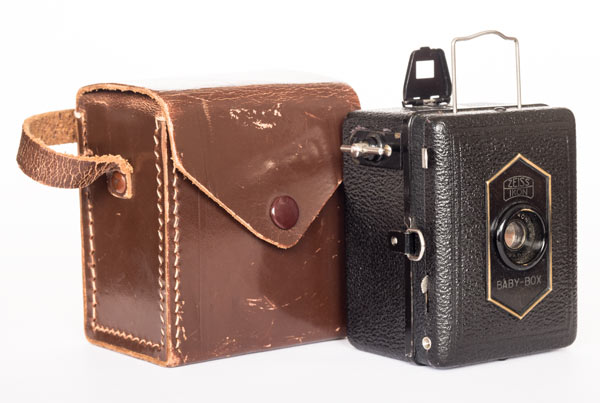 For more details on the versions and specifications there is a page in Spanish that is very complete on the whole series of Tengor Boxes. Visit: Camaras sin fronteras.

Here are some pictures I made with this camera. All are scans from photo paper enlargements. 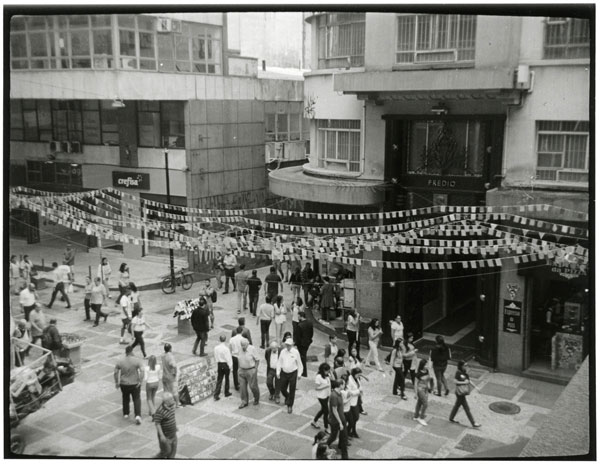 This photo gives an idea of what the Tengor Baby Box can render in the ideal conditions. I find it quite satisfactory for pictures of places and groups. Here I was with HP5 film, ISO 400, a cloudy but clear day, and the subject, a street in the center of São Paulo, had everything at a generous distance from the camera. 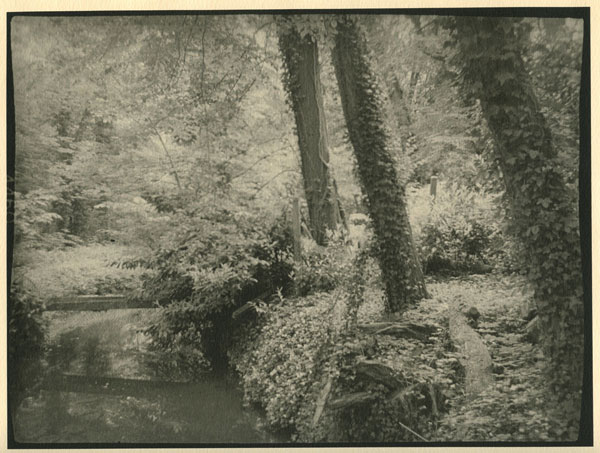 The above image would be typical to do with a Dagor or Super-Angulon, in large format, and then to admire each leaf, every detail of this exuberant scene. But with the Baby Box, I took into account that the lens would never give a very sharp image and I decided to abuse even more that “deficiency” with a very rustic paper, the Fomapan MG Classic, and to work more with the tonal scale to render the atmosphere in the final image. I set the camera on the parapet of a small bridge and gave a B in something like a half-second or even more. The next picture was in the sequence however with hand held camera and standard exposure of 1 / 25s, because the scene was much brighter. The Baby Box Tengor has thread for tripod but I was without one that day. 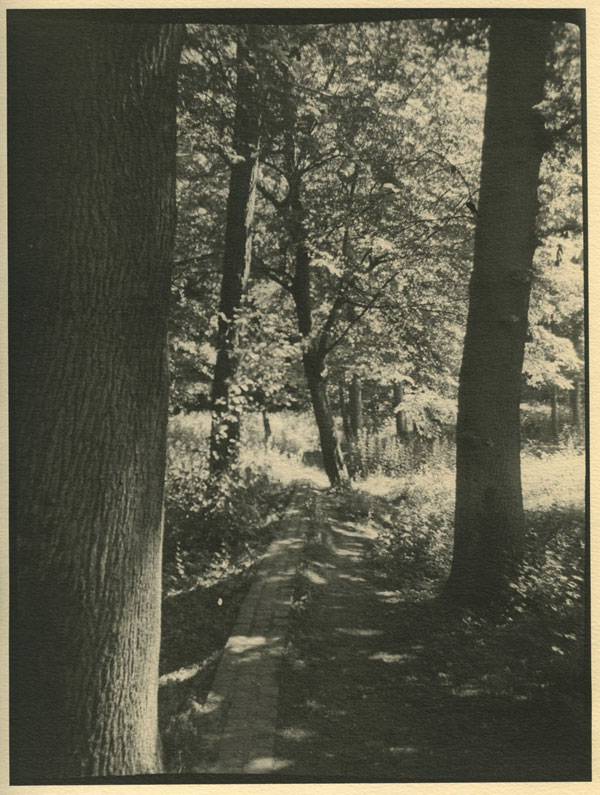 I took pictures in the same place with an Olympus OM1n, much sharper though 35 mm, and in the end I liked more the romantic version of the Baby Box Tengor. 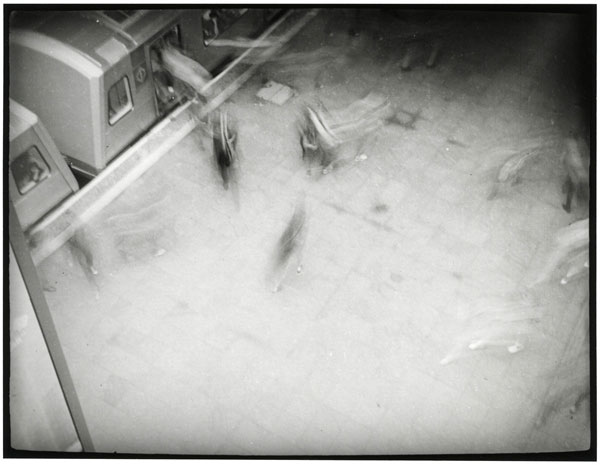 Another possibility is to play with the smudges due to the movement. Since with f/11 the 1/25s will be luxury, let’s go with B. In these subway pictures I would lean the camera on the banister and release the shutter on B for about 1/2 s. 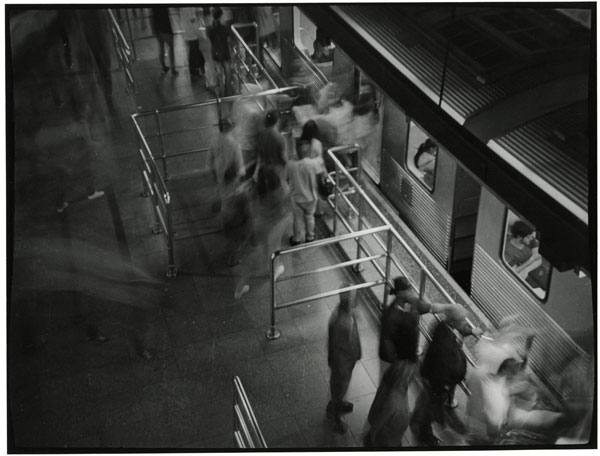 The film of the next images was an Efke 100 that was reacting with the paper and so it gave this texture and sometimes even transferred numbers and other marks into the emulsion. I think this is an interesting camera to walk down the street and record some places that you know well, which mean something to you, and representing them through metonymy. 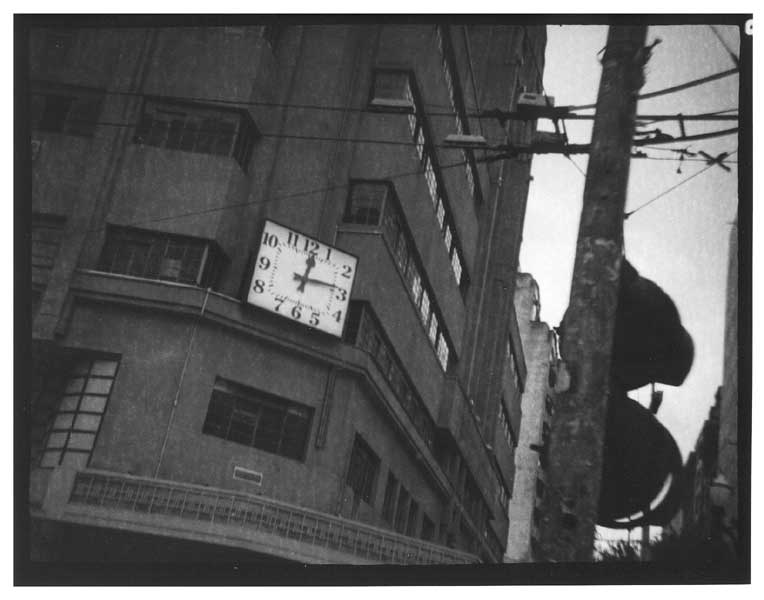 Below, one of the days when there was no cell phone and the city was full of these public ones, the “big ears” as they were known. There are still some out there. Today I’m glad to have made this and some other souvenirs of these icons. 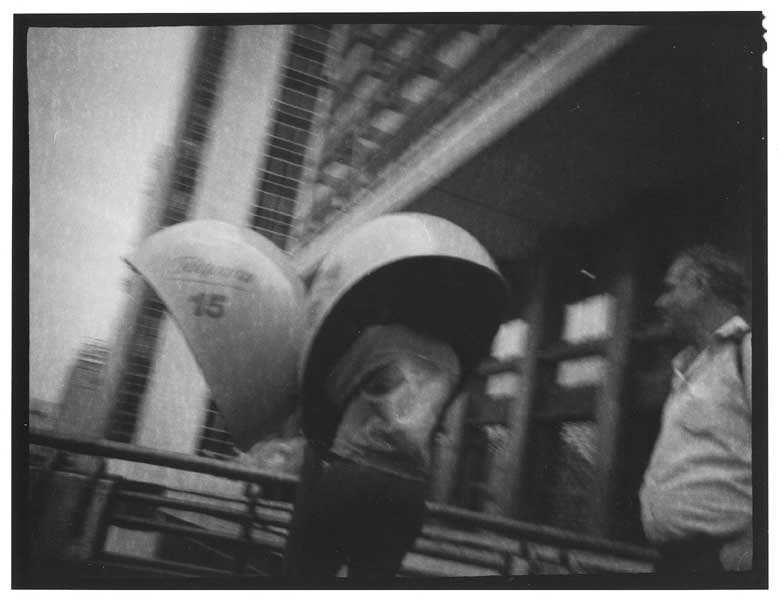 Finally, I find Baby Box Tengor, interesting to take pictures without framing, without looking through the viewfinder. In next one I was walking with it in hand, swinging my arms, and I clicked the two policemen. When something useful comes out of such practice, it’s always a rewarding surprise. The blurring only adds to the climate of “candid photo” or “stolen photo”. 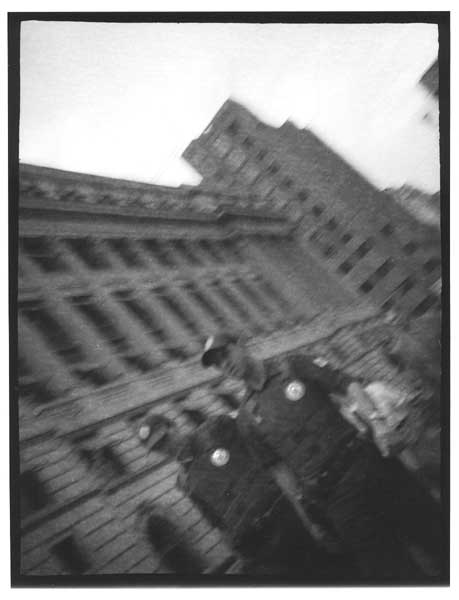 One advertising from Baby Box era. 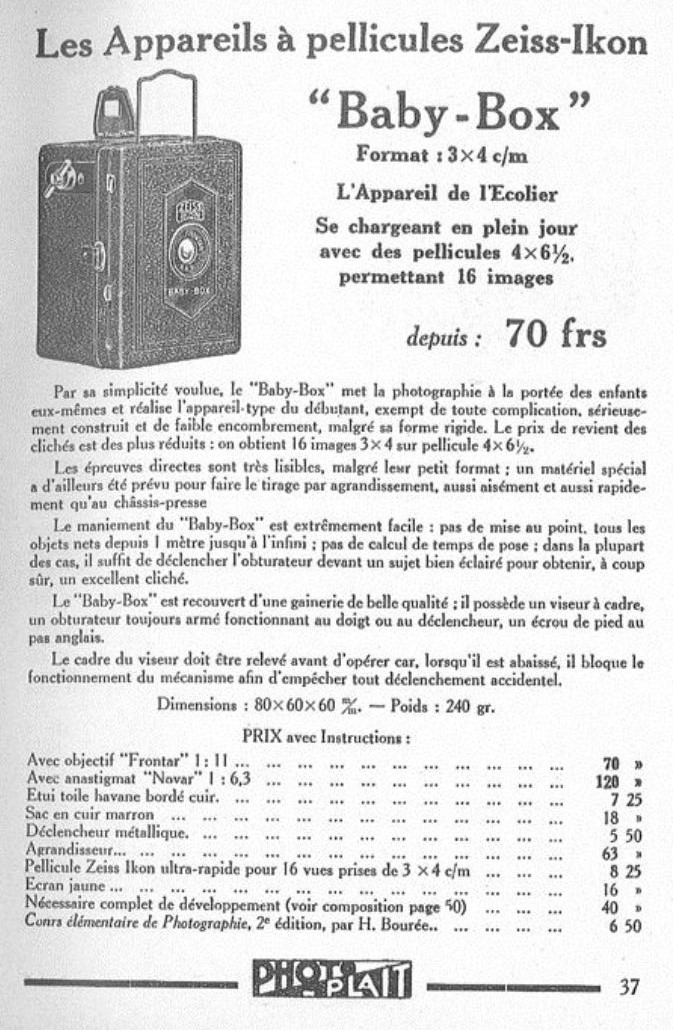 From the excellent site by Sylvain Halgand