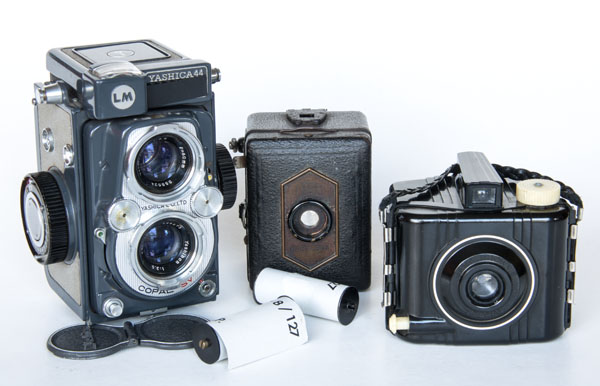 Many interesting cameras were designed to receive 127 roll film. However, this is a format that is quite difficult to find nowadays. But fortunately there is still film in 120 format, that is a little bigger, and can be cut and spooled in a 127 reel. The video below shows the complete step by step on how to go about it. Here in this article you will  find tips and specific measurements.

It is desirable to have, in addition to the reels, a 127 film back paper in good condition. But in case this is not possible, the very paper of 120, which will be cut along with the film, can be marked like a 127 as shown below. 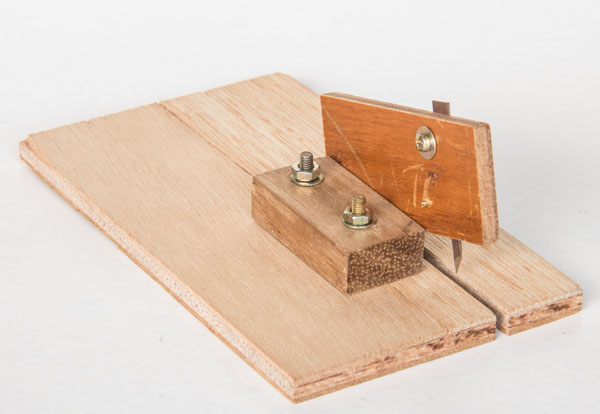 Here you can see in details how the cutter is built. There is no critical dimension except the width of the base board and blade position. In the sample above I used two M3 screws and nuts (~1/8″) for the block that allows a fine tuning on film width (see video) and an M2 (~5/64″) to fix the blade. There is also a small screw for wood showing up its tip on the picture above. 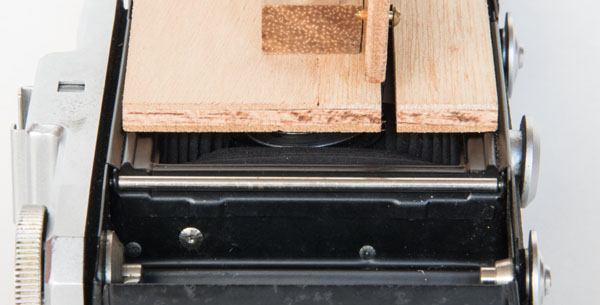 What is really important about the cutter is that the board mustn’t sit over the inner rail where the film itself is supposed to run. At the same time, it is important that it fits firmly in place and do not jiggle sideways changing the film width as you wind it. Inspect your camera carefully and decide the best way to ensure that. Normally it should have the same width of the film flattener that you find on camera body lid. 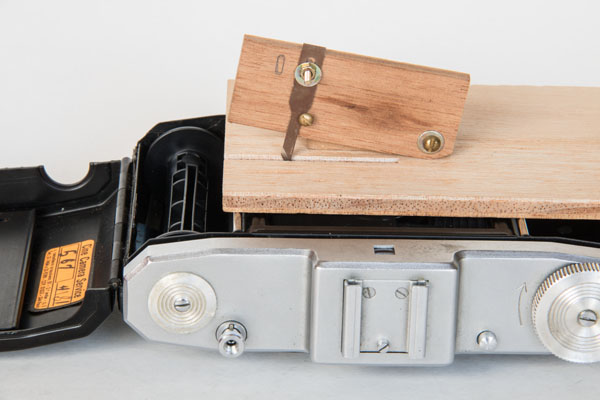 Last point about the cutter: the best results you will get when the blade is placed right at the beginning or the frame. That is because there the film is well secured by the frame and won’t have room to curve downwards and “scape” from being split by the blade.

On the left is shown two stretched strips of protective paper one for film 127 and the other for film 120. The idea is that you will mark the backing paper length, the film positioning and the numbering of the frames, on film 120, following the template with the paper measures of the 127 film. If you have an original 127 film protective paper, this will not be necessary. But if in addition to the film if you need to use also the 120’s backing paper, these are the key measures to cut and mark it.

It is necessary, or at least highly desirable, to mark those numbers because in most of the 127 cameras the film advance is done by inspecting a window where the numbers of the photos will pass by as you turn the winding knob.

The measurements are all in millimetres and the step by step is as follows: