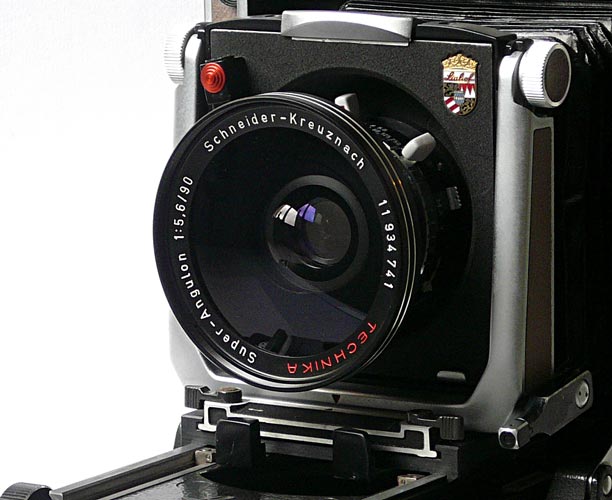 This is a lens launched in the 60’s and certainly caused the impression that perfection had finally arrived. In theory this would never be true, but in practice, even today, I would not know how to point out some flaw in this lens, I would not know where it left out in the quality of the image once its specifications were respected. Its viewing angle is 105º at f/22. Its image circle is 235 mm. This is sufficient for 4×5 format to perform front movements of 61.0 and 52.8 mm, ie it is possible to move the lens to almost the edge of the frame and still have an image on the opposite side. In 4 x 5″ format, whose actual size is 94.4 x 120.3 mm, used in landscape orientation, the horizontal angle is 68 ° and vertical is 55 °. If its entire viewing angle of 105 ° is used, it covers the 13 x 18 cm format.

For focusing its maximum aperture of f/5.6 produces a bright image on the ground glass and there is no significant fall off  at the corners.

This lens came along with a Linhof Technika V and so it brings the “Technika” engraved on its front ring. Unfortunately I do not have the original cam with its serial number so I can’t focus on the rangefinder. I’ve experimented with another 90mm Linhof cam and it really doesn’t work. So the options are to use either the distances scale or the ground glass. For a wide angle it is common to shoot with focus on infinity and then the rail stops and the Linhof multi-focal viewfinder  allow in many situations to shoot without actually focusing on the ground glass, if there are no movements of the lens or film . 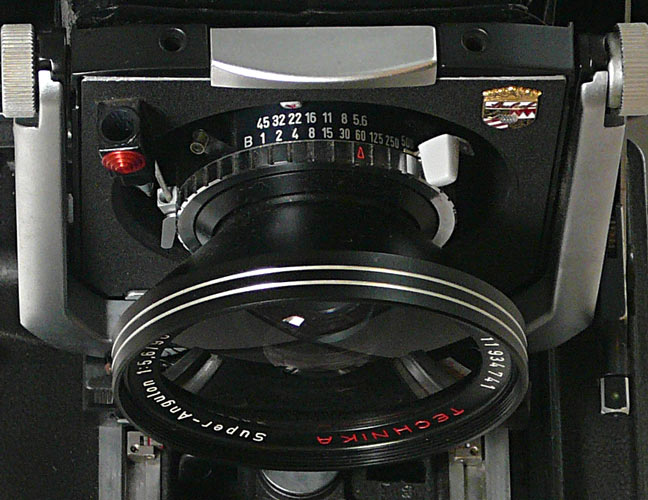 This lens, in view of its serial number, was produced in 1972 according to the  Vade Mecum.

To cope with the relatively short distance between the lens and the film, this Super Angulon uses a recessed lens board. Its speed and aperture controls are ready for this and can be operated easily. Only the lever that opens the focusing lens is on the side of the shutter body and my fingertip barely gets into the gap to open and close it. Moreover, it is a very easy to use lens. 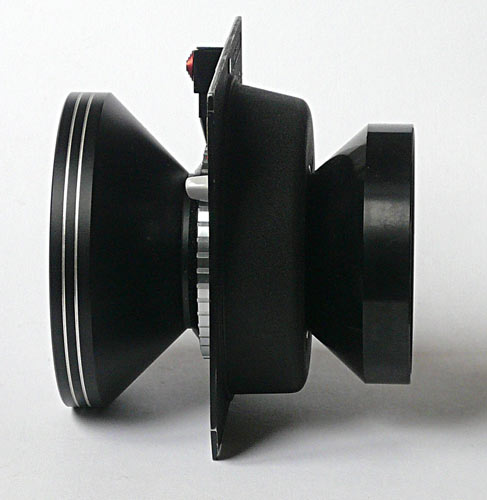 Schneider’s previous angular generation, the Angulon f/6.8, launched in the 1930s, still followed the classic concept of symmetrical wide-angle angles such as Goerz’s Dagor or Voigtlander’s Collinear and some Zeiss Protars. It had probably reached the maximum luminosity such a concept would allow. The Super Angulon, initially with f/8, of which some samples were noticed already at the end of the 1950s, form a new lineage that no longer uses the complete symmetry between the two groups, one at the front and one behind the diaphragm. 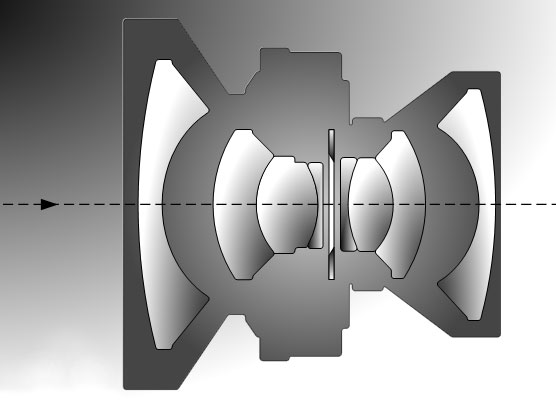 There is today a Super Angulon XL 120º f/5.6, but I do not know if the price increase is matched, for most photographers, by an increase in quality and situations that these 5º more enable. On Schneider’s website this Super Angulon f/5.6 appears in the “Vintage Super-Angulon Data” section. It is true that the first ones have passed 60 years, but for my use this is a brand new lens. 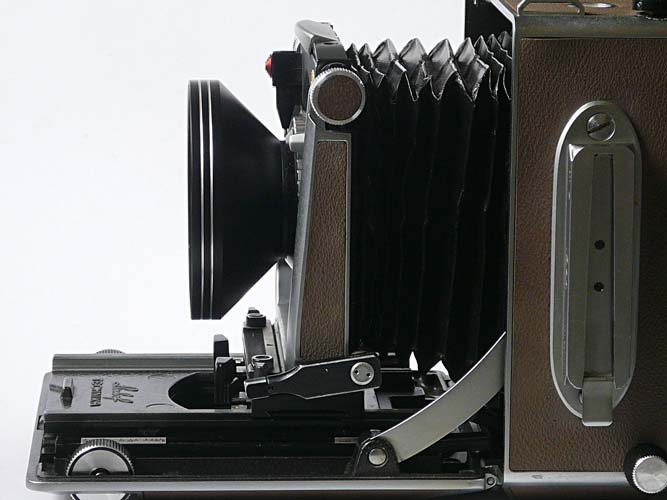 Below a picture, without any cropping,  taken with this Super Angulon 90 mm f/5.6. The film was a Fomapan 100 and f/16 aperture was used. To improve the focus on the foreground, on the iron structure on the right side, I did a swing on the back of the camera because only the depth of field was bringing an excessive blurred image on that part. It can also be seen that the lens has undergone a front raise as the horizon line has dropped to about 1/3 of the frame. I also used a light yellow filter. 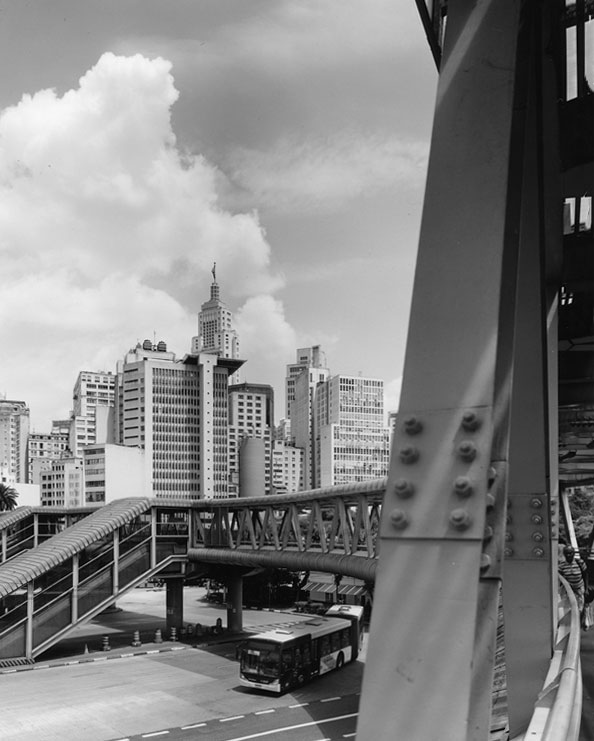 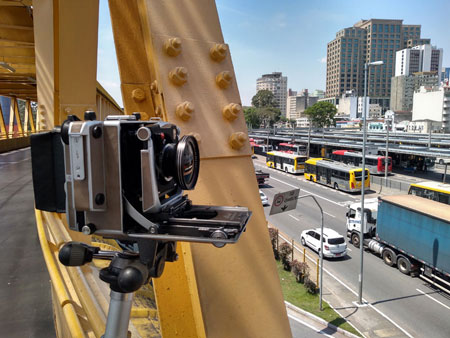 In the following picture I think the wide angle of view was  very important in giving the impression that the viewer was part of the scene, almost like another sitter at the same table. With a longer focus lens I would have placed the viewer as a distant observer. 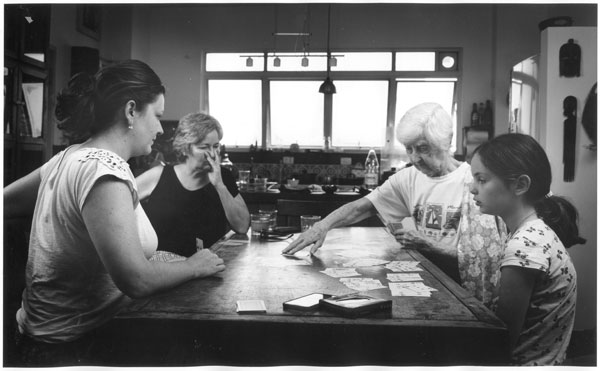 Wide angle lenses are also good to give a sort of monumentality to otherwise small and familiar objects. 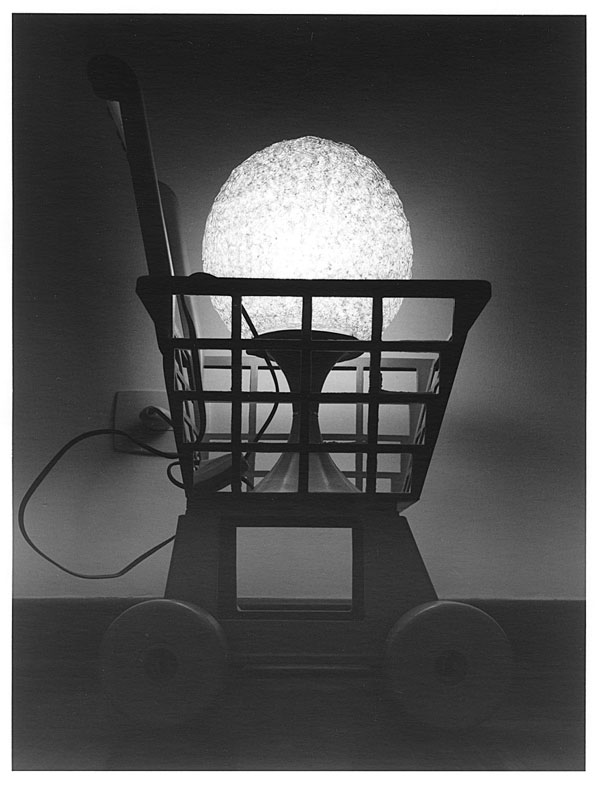 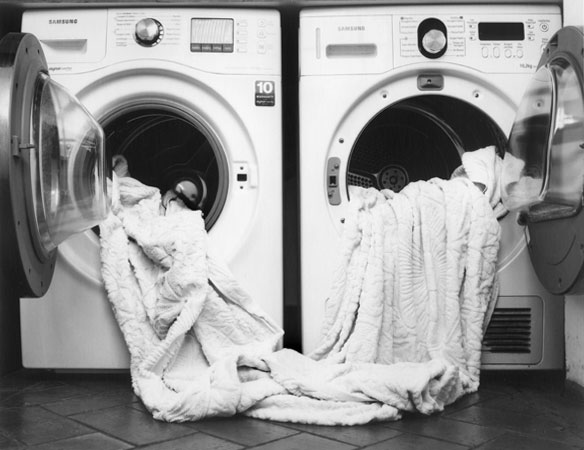