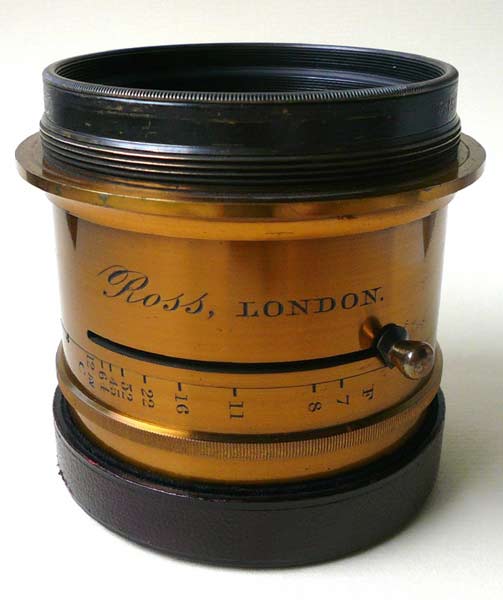 This was one of the finest lenses available at its time, at the turn of the 20th century, and even compared to today’s standards it delivers excelent picture quality in terms of contrast, sharpness and low distortion.

A brief explanation about the probem this design solved: A photographic lens is a device that catches light coming from objects and projects it onto light sensitive material. Each point in an object that is visible emits/reflects some light that spreads on space. The lens grabs part of that light, that is divergent from each point in the object and forces them to converge onto points on the film (or a digital sensor nowadays). Later, looking to the printed image, we will recognize the scene because bright and dark points of different colors will show a relative position and value very similar to what our eyes would have seen if they would be placed at lens stance the moment the picture was taken. Because our eyes are also lenses with light sensitive material behind.

I am saying that because the “anastigmats” have all to do with “points”. Stigma means point in Greek. Astigmatism is an optical aberration that prevents a lens in forming points on the image plane out of points in the object. From the first Achromats or Petzval lenses (~1840) it took some decades till lens makers discoverd a way to get rid of that imperfection. 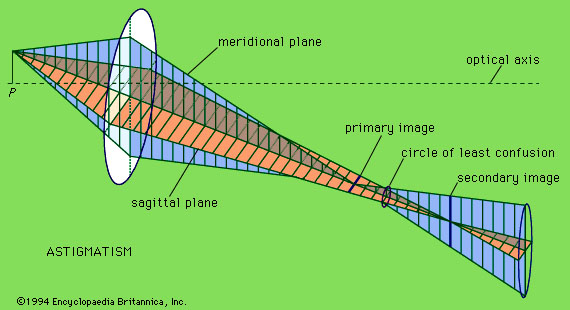 In this illustration, from Britannica on-line, we see the unwanted condition. Light coming from point P converges, after passing through the lens, in a peculiar way: the part painted in blue converges closer to the lens and forms the “primary image”, while the transversal part in orange (very important: this has nothing to do with light color it is just an indication for easiness of diagram reading) will converge in  a further plane forming a “secondary image” of P. So there is not defined distance, lens to image, where one could place the film and get all the light coming from P and reaching the lens going to a single point in the image plane. Wherever the film is placed, it is always a compromising position with some degree of unsharpness. The best choice is what is called “circle of least confusion” which is not a sharp point image of P but rather a small circle. 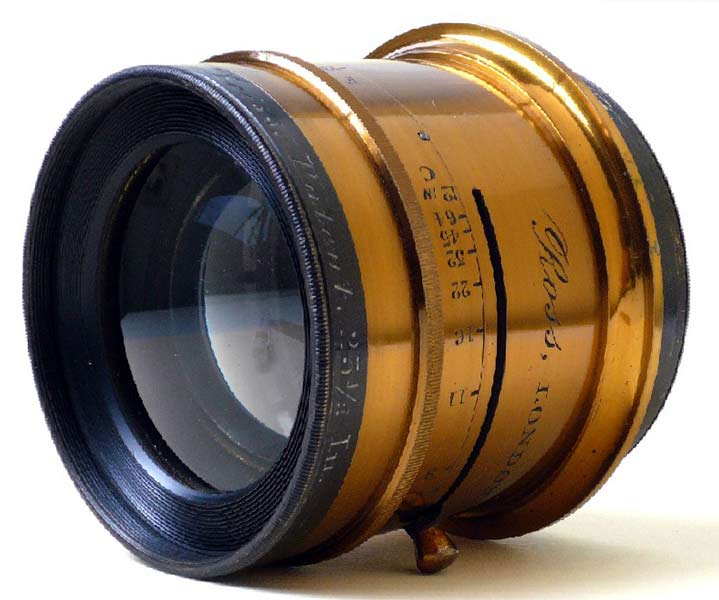 The first lens having astigmatism corrected was the Concentric from Ross (England), designed in 1888/92 by Schroeder, but it had a very low apperture about f/20. Already in 1890 Paul Rudolph of Zeiss succeeded, in producing Anastigmats with appertures of f/7.2 and f/4.5 in 1891. 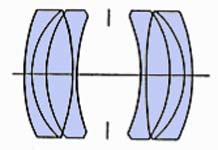 The lens in this post folows the above design . It was released by Zeiss in 1895 and belongs to the Anastigmats family. It is a 4+4 symmetrical lens and covers 80º. Each half is corrected from astigmatism and can be used separatedly placed behind the iris. In combination the foci is 300 mm (12 inches) and the apperture is f/7. It can be used with 8 x 10 inches film or plates and allows some movements for perspective correction if the camera allows for that. Alone the cells have 19 1/4 inches (aprox 480mm) or 23 1/2 inches (aprox 587 mm) and the apperture becomes f/12.5. There is a ring with different apperture scales that can be rotated in order to have the lever indicating the right figure.

It is also known as Protar, name adopted by Zeiss when they were not allowed exclusivity rights over Anastigmat, as that was a generic term from optical sciences and could not be a brand. The specific contruction 4+4 is called Protar VII, when cells were sold separatedly and Protar VIIa when sold in sets, like this one. Ross engraved Zeiss Convertible Anastigmat, also a common description for this lens construction. 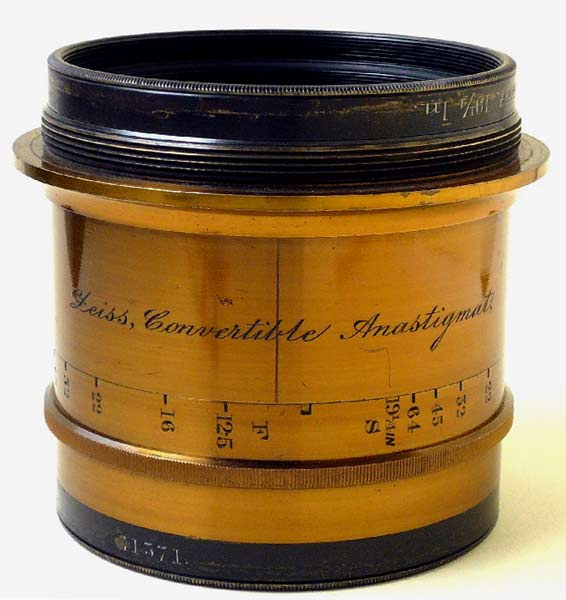 This is an original pair of yellow filters that came along with the lens. There is also a ring that  should be used to allow intalling a filter when only one lens element is in place on the back of the barrel. 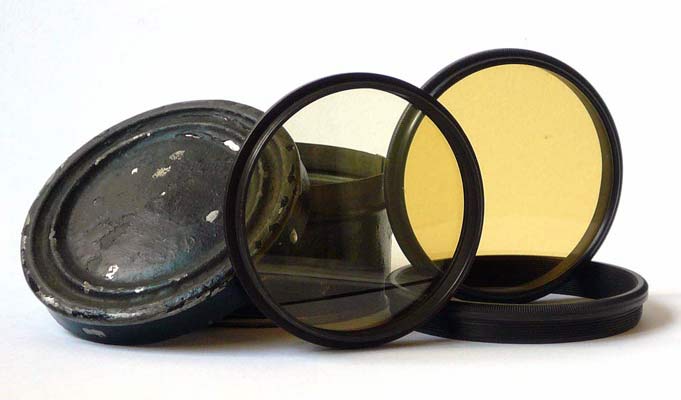 The picture below was made with the complete lens (two cels), wide open (f7) and using only the light coming form a window. Film was Foma ASA 100, format 18 x 24 cm, printed by contact over fiber gelatin paper. 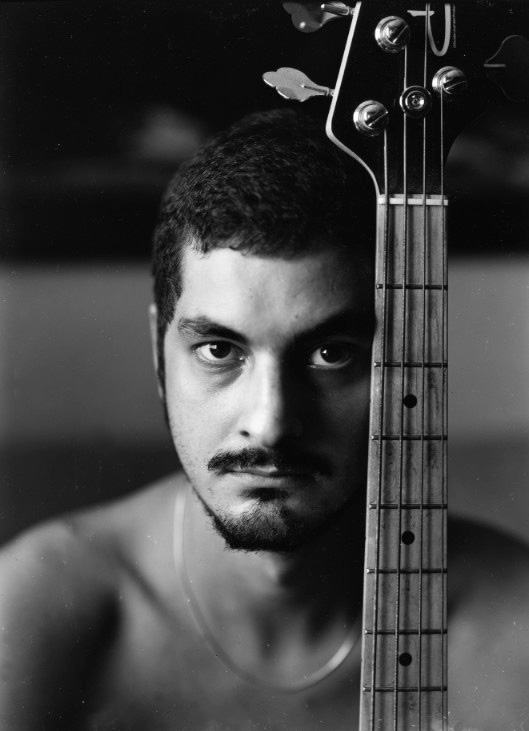