Digital photography is a magic piano 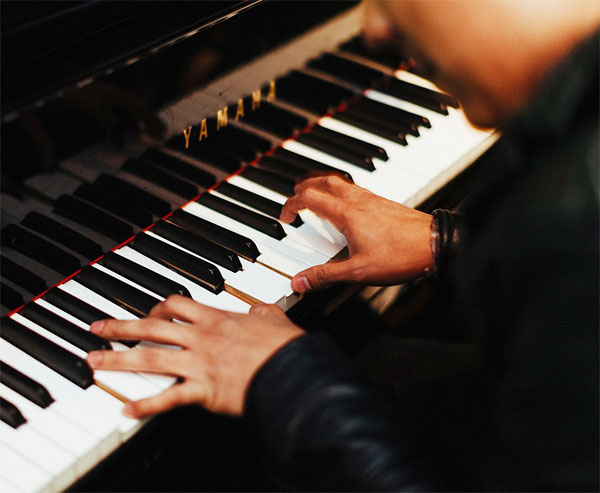 Imagine that someone invented a piano on which anyone could play any song of which they had some memory, however vague. Anyone could play this piano as if they were humming or whistling, but in style, like a true pianist. Even without ever having studied music, the notes would flow with grace and virtuosity, as if by a miracle. It would be a super invention, everyone would be very happy, the piano would sell by the millions and anyone could play their favorite songs, at home, at parties or gatherings with friends and family.

The analogy between this magic piano and digital photography works for me in the sense that digital cameras, including cell phones, are to images what this piano would be to music. Especially for those who lived photography with films and remember its difficulties, a cell phone can really be seen as something magical. Today, anyone takes photos that in the past only a professional with sophisticated equipment could match. The fascination with digital photographs, the pride of showing the perfect photo on social networks, still nourishes a lot of this recent memory of what was difficult to achieve with the equipment then, but which is now within everyone’s reach.

Taking the analogy further, we can imagine that new pianists would not necessarily become new composers. Having an instrument that makes easy what was difficult before doesn’t make anyone creative. Most likely, we would play only the greatest hits in our favorite genres of music, whether classical or popular. The piano would give vent to the compositions already present in our memory and these are massively consecrated compositions by other musicians. The new pianists would be more interpreters than composers or even improvisers.

Likewise, the party of digital photography is mainly in making images that have already been taken, the so-called clichés. That’s how all the clichés in photography are now perfectly executed on the first click, as would happen with musical successes on that magical piano. They are clichés that have been consolidated throughout history, that are part of our collective repertoire and that are recognized by this condition by the photographer. This is where the genres we know from books and photography competitions come in: sunset photos, portraits, urban, landscapes, flowers, animals… the same subjects as always and in general inherited from painting. Always the same poses, the same compositional rules, always performed according to the conventions of “good photography”. Once the theme is chosen, the camera or cell phone, like the magic piano, do not make mistakes in harmonies, melodies or rhythms. It remains for the photographer only the task of realizing that such a scene is a good example of such a cliché. Just recognize that “this will make a good photo” because it looks like other photos, and the rest is up to digital technology.

But not only the so-called vernacular photography has its magic piano in digital. Conceptual projects, researches, “works” also come into play… this is when photography presents itself as  contemporary art. These are the intimate diaries, diaphanous photos with their models with their eyes closed, ruins and abandoned places, the “non-places”, minorities, graphics, abstractionism, exoticism, quotations, great productions and the details of everyday life that would go unnoticed in the eyes of mortals. These photos follow an academic aesthetic, in the sense that it is taught in schools, but which, ironically, imagines itself disruptive or at least “creative”. Today we have in the arts the teacher who teaches the student how to be a good rebel. They study the rebels of the past and start to imitate them as if continuing to repeat what has been done for over 100 years could be an act of rebellion.

My feeling is that we are recycling, with the conveniences of digital, everything that was done or sought, sometimes with great difficulty, in analog. This happens both in the arts and in photos without any artistic pretension. The question I ask myself for the future is whether the “successes”, whether the “well done picture”, whether the formal standards that amateurs see and learn on the web of blogs, that artists learn in college, that professionals learn with other professionals in courses and workshops, will, and when, wear out, lose their shine, to the point where people lose interest in photographing or viewing photographs. Will we at some point get tired of playing the same old songs on our magic piano? Where, if at all, will any renewal come from? Do we need to renew?

In order not to end up in the comfortable position of someone who only poses questions, I will humbly risk saying what I think, even though I am fully aware that I may be totally wrong. I believe the time for disruptions is over. It was part of the modernity package that has also passed away. Photography does not need to renew itself. It will renew itself as nothing remains the same for a long time. But a heavy slowness seems to be already among us. We no longer have that fever of renewal as we saw perhaps the last time in the 20th century. We are already experiencing a certain drowsiness with the stereotype of the iconoclastic genius. Nor is there much of anything sacred left to be desecrated. It’s been a while since we’ve wanted to know what the ultimate “ism” is. Exhibitions by old masters fill the halls far more than those of would-be avant-garde ones. In fact, it is difficult to imagine nowadays a more retrograde than avant-garde concept.

Digital photography did have the effect of making technical skill far less relevant than in the past. This happened in all types of photography. But that won’t be the death of photography. It will only be the death of photography that hides behind technicalities. It was bad for many professionals, but it has been a feast for amateurs. For frank photography, as a simple relationship between the photographer and his subject, is now even easier to happen and to enchant. It will express itself through clichés, photos that look like other photos. Photographers will be pleased when their images are good examples of a certain category of images that everyone knows and recognizes. It works as a demonstration of affection to take a photo of the family member, the walk, the sunset or the flowers, when they look like the good photos that circulate with the same subjects. Photography takes place as a collective work in which the idea of ​​novelty or rupture is emptied. Seeking the unthinkable now bothers more than it pleases. Being just the same is good again. Looking like others excites us, unites us and comforts us. Digital is the image production technology that best supports and vents this new love for sameness and continuity.