Pinhole is a photographic technique that employs most of the times a home made camera in different degrees of improvisation and roughness. Matchboxes, shoeboxes and whatever boxes and containers are sort of starting point for those projects. The photographer bricoleur may also start from scratch by cutting cardboards and assembling his camera with adhesive tape. There are also more sophisticated cases when a wood box is tailor made for a specific size. But the essence of this technique, the origin of its name, is the fact that is does not have a lens to form image over a light sensitive surface. It has instead a small hole made with a pin.

Pinhole photography is a common presence in science fairs and also as a school activity But in these situations it is only seen as a demonstration of principles of optics in the formation of images. It is presented as the “problem” that lenses have solved. An ancestor, an evolutionary link, with only historical and didactic interest. 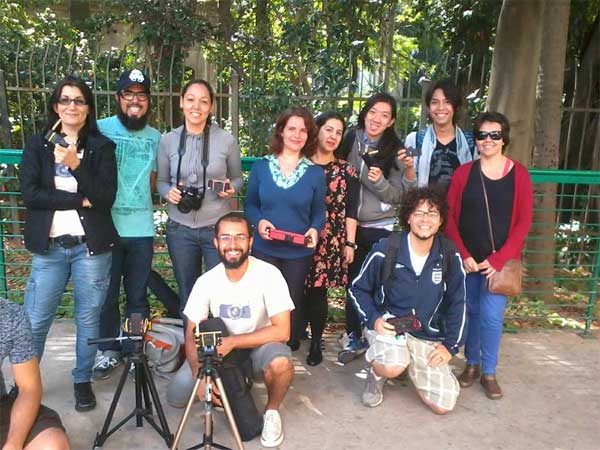 But among those who practice it, things are seen very differently. Pinhole forms an entire semantic space that goes far beyond its technical aspects. It is by no means the photograph of someone studying physics of light or one who could not afford a good camera. Pinhole is an attitude, a statement that is made from the act of photographing. As such, it becomes an agglutinator of people who share ways of seeing and want to try something different in image making. This text was written from a visit to an exhibition of the Pinrolê, a group of young people who met in SESC photography workshops and since 2011, organize talks, exhibitions and tours to photograph with pinhole. The photo above shows the participants of one of these “Pinrolês” (rolê, is Brazilian slang for wandering)

The exhibition happens in the passage at Consolação street in (São Paulo – Brasil). The place, the setup and the concept, fully follow the spirit of pinhole photography that is most often urban and somehow “underground”. It could not be better positioned than in such a neuralgic spot in the city. Another characteristic that frequents this practice is the lack, if not the contempt, to high pretensions. The phrase that plagues many contemporary artists when they discover that … “This has already been done!” Seems to be of no concern to most of those who make pinhole. They are not craving for a masterpiece or an invitation to the Venice Biennale. They know that “it has been done before” and precisely reenacting it is part of its attractiveness. Pinhole goes best as uncompromising and collaborative artistic practice, than as the romantic will to write one’s name in the art history. This approach is manifested, for example, in the fact that all the photos were glued to the wall and there was not even the concern to make clear the author of each one of them. 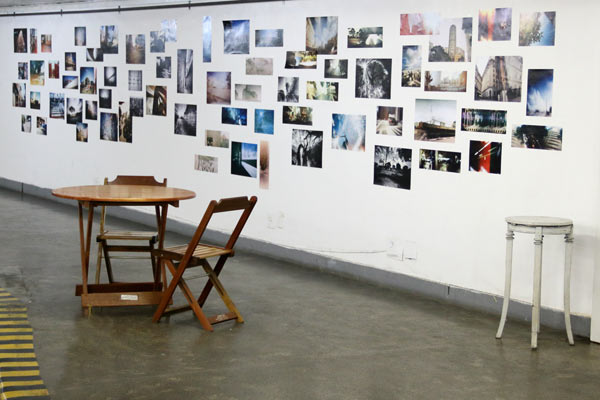 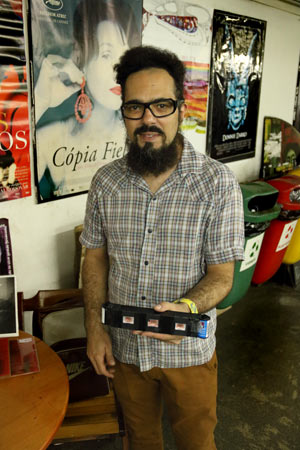 Talking with Daniel Marques, a member of the group, I understood that experimentation is better than theory and  surprise is an inherent part of the process. The idea of color control, densities, framing and other image parameters  is relegated to a distant second place. Chance is often an important co-author of images.

In these principles, delineating pinhole photography best practices,  there is an attitude of contestation of technique, calculation, specialization and a scorn to the photographer as photographic industry consumer. It is not difficult to imagine that if one of the big brands, such as Canon or Nikon, would launch a pinhole camera with a perfect hole, on an extremely thin titanium foil, an accurately calculated f-number, electronic shutter, coupled photometer, parallax correction viewer and everything that the state of the art technology could offer, while preserving its essence, this would be of little or no interest to the members of the Pinrolê. It would probably be just another opportunity to refuse what is proposed by the mainstream.

The only point really difficult to escape is the mandatory use of film. The film is, par excellence, a product of the industry, but its employment happens preferably as a violation of the rules proposed by it. This is done in a number of ways, with the use of expired films, crossover processes, altered and/or home-made developers using, for example, prosaic reagents such as coffee or Tylenol analgesic .

Pinhole, practiced in these premises, is clearly inserted in a series of other contemporary attitudes that deny Modernity values . It is not necessary here to go much further than noting this affinity. Technology and industrialism, accelerated by the methods of science, branded their products as ways to a bright future, to bring well-being to everybody on Earth, but obviously they were not able to keep their promises. Not only that, they brought us problems and threats packed with gadgets and luxuries and now we started to question whether they really worth the trouble.

Making pinhole is then something good from the very beginning. It is part of an alternative attitude. It exemplifies that things can be simple again. An evidence that we do not depend completely on large corporations for making images. It uses materials that were already discarded and are now redeemed for a laudable end, easily linked to community and citizenship. It shows that having control of everything, planning, calculating and in one word: dominating, does not have to be the ultimate end of all our actions. Chance, the free course of events, the interference of fortune, or divine providence, always was and will ever be a part of our lives, and it was a foolish attempt trying to eliminate them as the Enlightenment purpose was. These are all statements that adhere easily to the practice of pinhole. In that sense, it gives much more pride, a sense of independence, walking down the streets with a camera made of scrap, than showing off with a full frame.

But the most important thing for the photographer and for all pinhole enthusiasts is that some photos look really wonderful. There is a way to render the image that is unique to pinhole. Any object, near or far, has the same degree of definition, which is neither absolutely sharp nor hopelessly blurred. These qualities sometimes add such force to the theme, composition and color, that the end result presents a very seductive beauty. But rather than describing,  is showing how that looks in the end result. Of course there are preferences and tastes that change from person to person, but here are some pictures of the show that I found particularly happy. 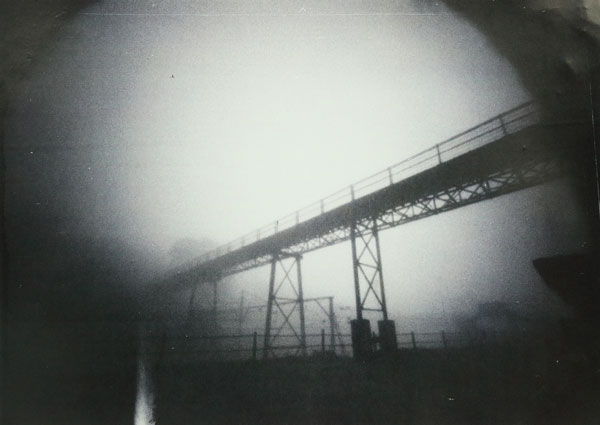 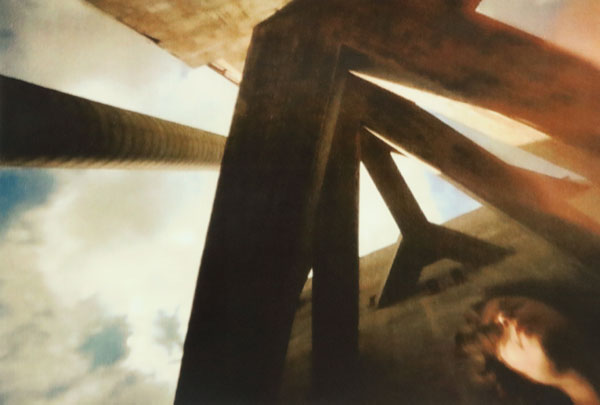 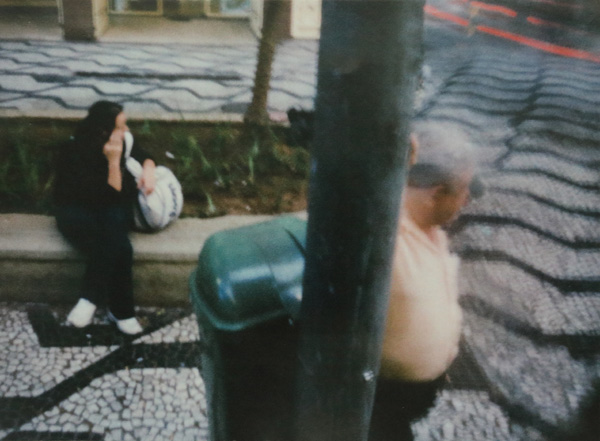 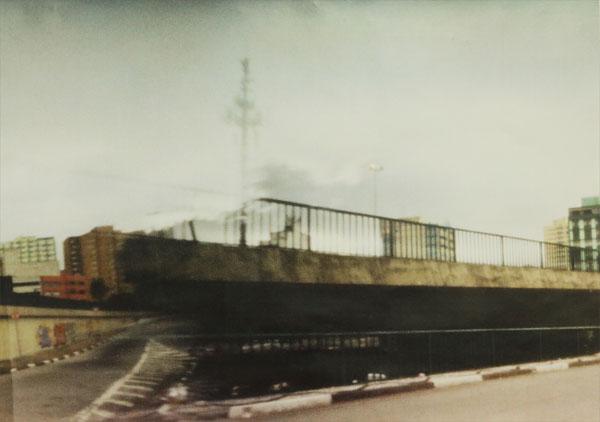 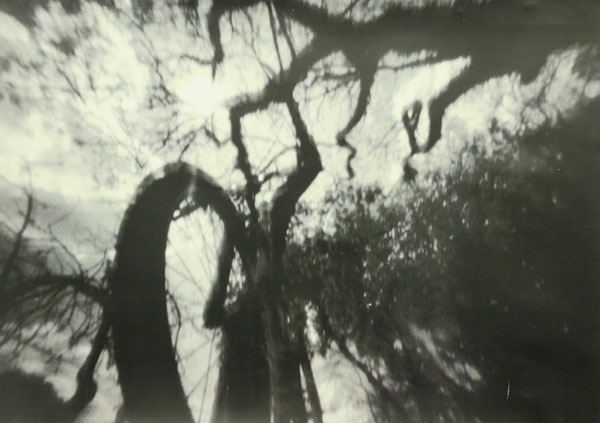 Nothing but the pleasure of looking and going through these images would have to be the reward for those who made them or just look at them. However, for me, they raise yet another interesting question. Without diminishing in any way the certainty that I have in finding them beautiful and the pleasure I have in contemplating them, I wonder if it would not be the concept, the pinhole attitude, as outlined above, and whose strength I also feel acting upon me, that would be determining in some hidden plane of my unconscious this aesthetic evaluation. In this case, wouldn’t “what is good” be determining what is beautiful? At many points they go against conventions of what would be a good photograph. What if  we learn, if we decide, to find beauty in something that we consider correct and true simply because it is true and correct?

While this seems to take away some of the grace of being beautiful, by giving it a purpose, a somewhat utilitarian air, dependent on, at the end, a political positioning, a reaction against Modernity, denying its occurrence can only bring back the already abandoned idea of “beauty” as an objective property of things. Only an independent feature could be attribute of both good and bad, true and false. This seems so old-fashioned and difficult to sustain, something like a “substance” beauty to anoint certain objects independently of the cultural context that shelters them… I still prefer to stay with the beauty committed to the good and the true. Pinhole is all of that, it’s good because it’s beautiful and beautiful because it’s good.

The Pinrolê group is formed by: Carlos Ximenes, Daniel Marques, Luciana Castilho, Maurício Virgulino, Nana Santos and Rodrigo Barreto. you can follow them at their Facebook page:  Pinrolê 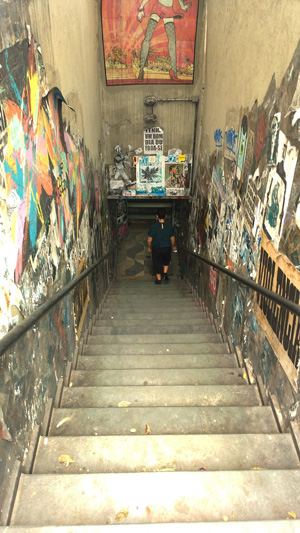