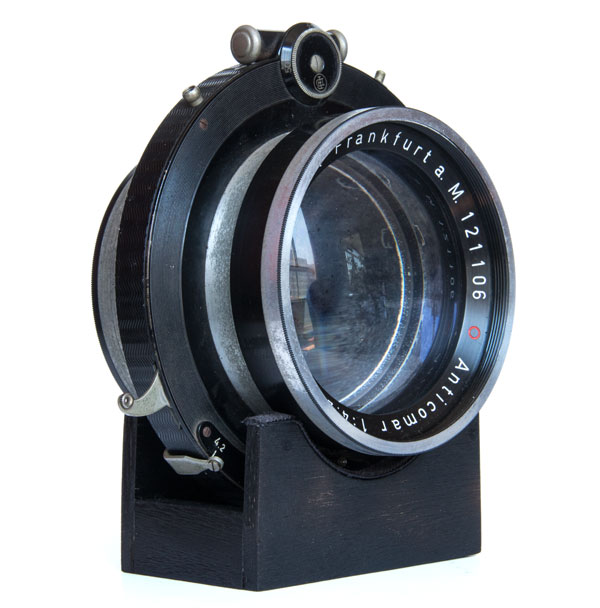 Plaubel is much better known for its cameras. Especially Plaubel Makina in 9x12cm format that was widely used by journalists. Launched in 1912, it remained in production for 48 years according to Wikipedia. They were also manufacturers of large format cameras including Peco which is robust and well designed.

Plaubel, founded in 1902 by Hugo Schrader, a former Voigtlander employee, has not become a reference as a lens manufacturer – neither in innovation nor in sophistication. The most well-known name is precisely Anticomar, which was manufactured in several maximum openings: f / 2.8 – 2.9 – 3.0 – 4.2 – 4.5 and 6.3. and equipped much of their cameras. The Anticomar, at the beginning, was a triplet but it was soon modified. A forth glass was added by adopting Carl Zeiss’s Tessar concept. 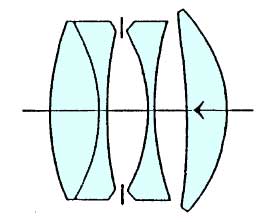 But while Tessar is reputed for its sharpness, the Anticomar is seen as a little “flary” lens. In Vade Mecum, Mathew Wilkinson says: “Anticomar, and to some extent the other lenses, [of Plaubel] were subject of some controversy in the old days [after 1936]. They sold well and those seen resolved a lot of detail but with a rather high level of flare “. Flare means that the lens scatters light and tends to create a halo around bright objects, most noticeable when they are against a dark background, or generates a general loss of contrast in less contrasted subjects. 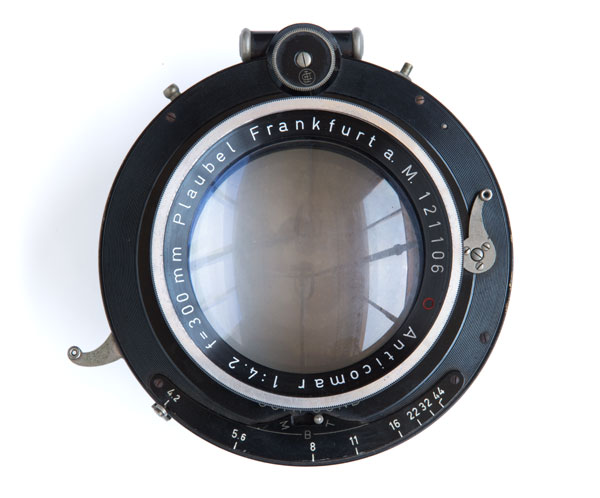 This 300 mm covers a whole plate but I prefer to use it on half plate (13 x 18cm or 5 x 7 “) to make portraits. Exactly this tendency to flare, but without losing details, ends up providing an effect that is subtle and nice for portraits. 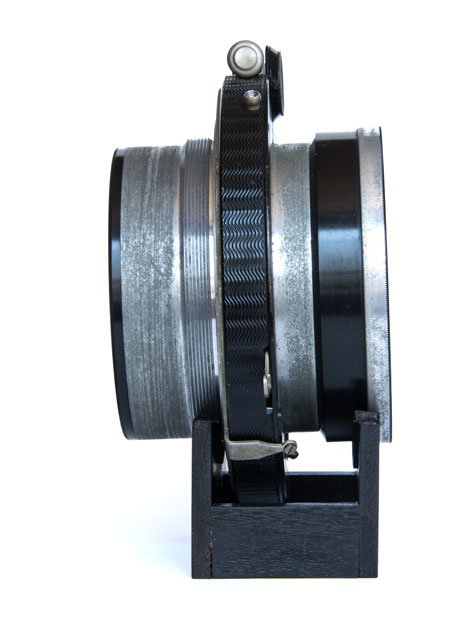 The shutter, because of this large area that it must cover, only goes up to 1/50s. But it is a classic Compound produced by Friedrich Deckel – Munich. It uses a pneumatic device, a piston, for slow speeds. It has B, T and 1s. I like this kind of retarder because they are less likely to get lazy at low speeds compared to those using mechanisms like the ones in watches. If so, they are easier to clean.

It is very difficult to date this lens. I found nothing about serial numbers and very little about the lens in general. Because it has anti-reflective treatment, all I can say is that it was produced after World War II. By using a Compound, it should not be much newer than the 50’s or 60’s.

Below is a portrait that I really like and was made with this Anticomar mounted on a 13 x 18cm Linhof. The opening was f / 11. Throwing a stronger, lateral light to cause this lens flare, brings a little substance into the air around the subject. It feels like an atmosphere that envelops it. It is not a pronounced effect, as in a really soft focus, but it is precisely this subtlety that makes it pleasing in another way. 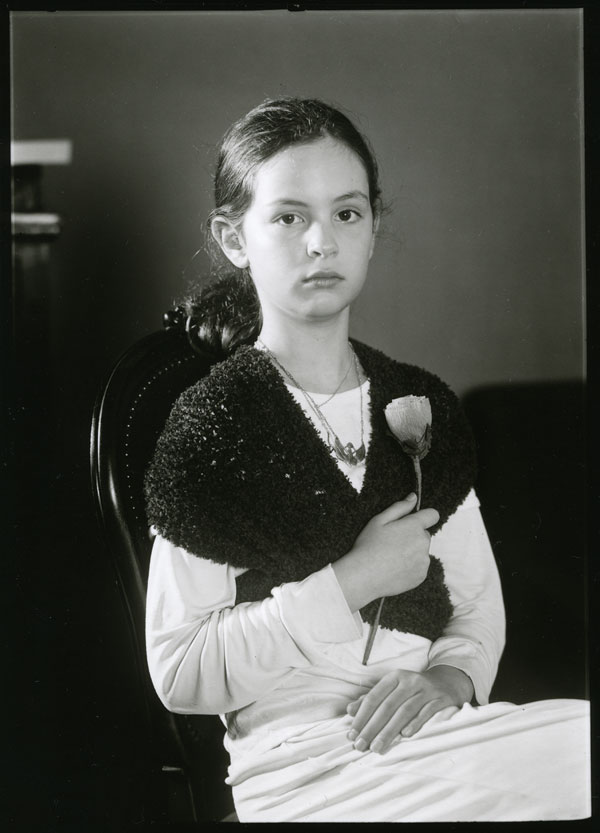 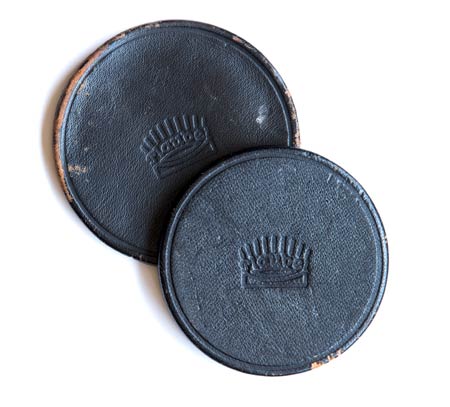