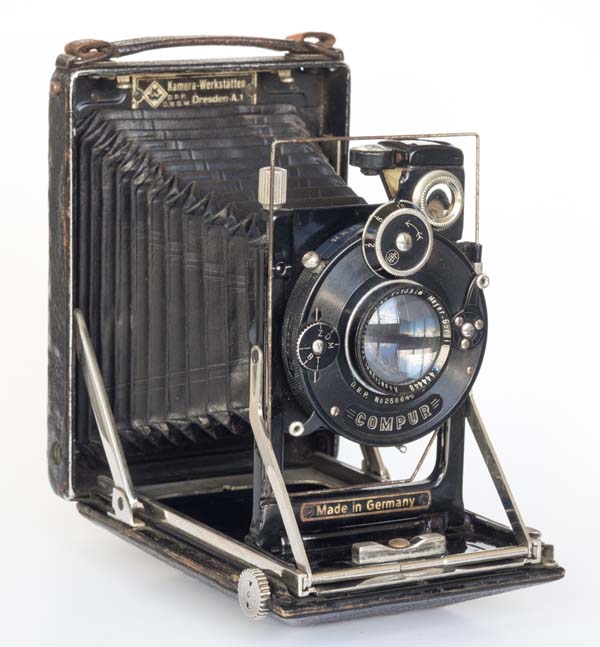 This is a camera that really adds as little volume as possible to the lens + image plane binomial. Being a folding it is very reduced when closed and when opened it is curious to see how everything folds and finds its space inside the small case into which it becomes when closed again. This compression feat is accomplished without loss of features even compared to high-end cameras in the class. The Patent-Etui-Kamera is a 6.5 x 9 cm camera (also available in 9 x 12 cm) with Compur shutter with B, T and speeds from 1 to 1/250 s, focus per rack and double bellows extension. Its lenses are bright, usually 105mm and f/4.5. 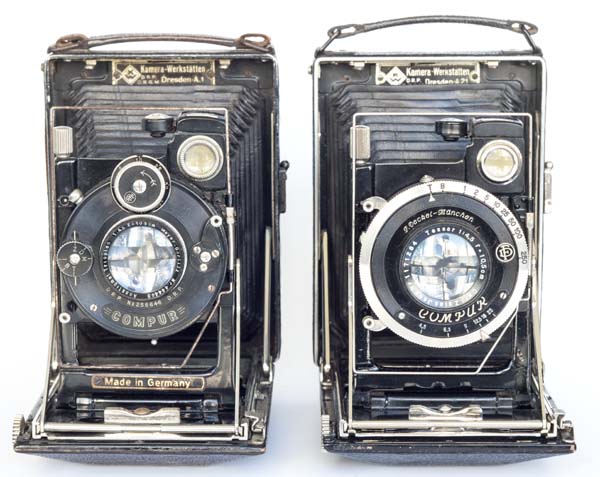 I have two samples in the collection, one with the recently discovered and desired Trioplan and another with the excellent but less glamorous Tessar. I have not been able to precisely date the two cameras. The Patent-Etui was manufactured from 1920 to 1938 but the one on the left, pictured above, with the Trioplan, has an older Compur (dial set type) and is certainly older than the Tessar on the right whose rim set type Compur was introduced. in 1931. 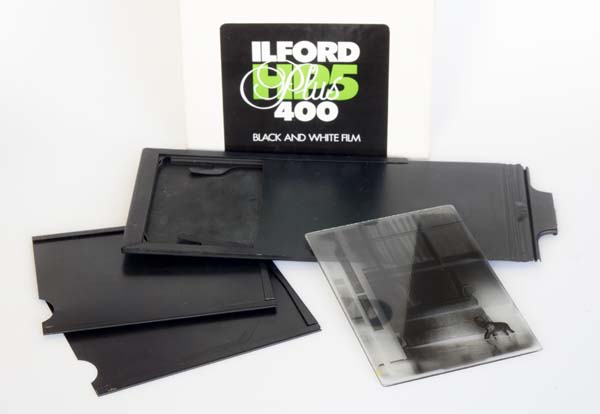 Initially designed for glass plates, it is also possible to use film on plates as long as an adapter is placed on the film holder (on the left in the photo). But the most fun thing is to prepare silver gelatine and emulsify your own plates. The plate on the right is a 6.5 x 9 cm glass, 1 mm thick, which has been given a homemade emulsion. 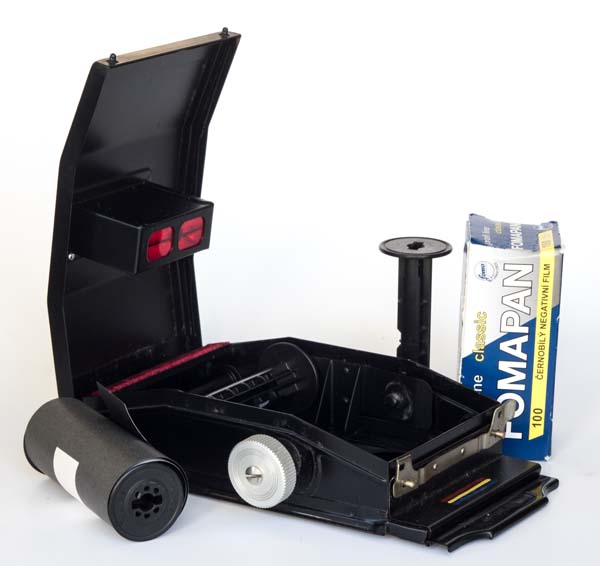 Another possibility is to use a Rada or Rollex adapter for 120 film which is still manufactured and easy to find. 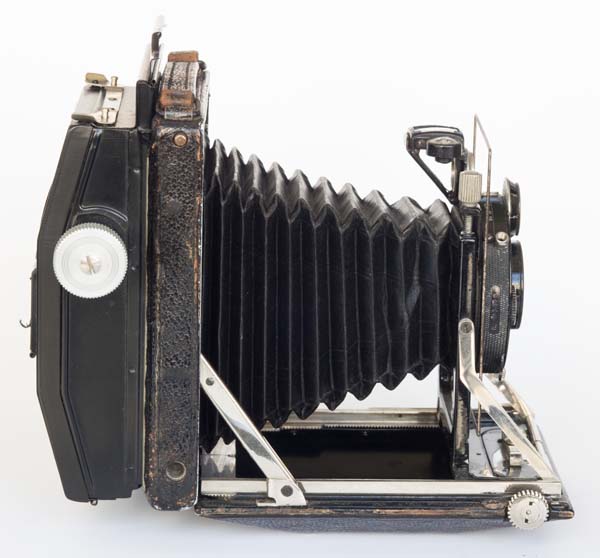 But I think the Patent-Etui loses a lot of its harmonious shapes with this adapter. With this accessory it is no longer a vest-pocket camera.

Very impressive is the extension of the bellows. It allows for amazing close-ups. 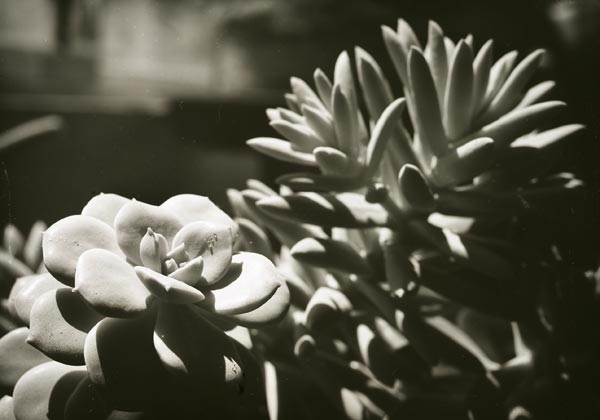 This is the entire negative performed with Tessar. 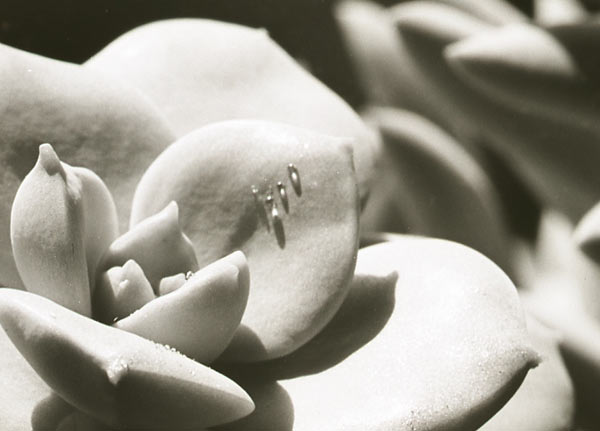 Here is a detail from the same photo. 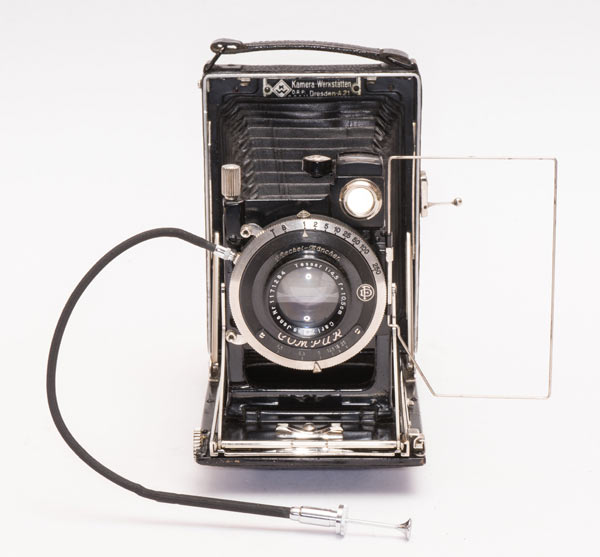 To frame and focus it has, in addition to ground glass, a sport viewfinder that is armed in the photo above and a scale of distances on the rail on the left side. 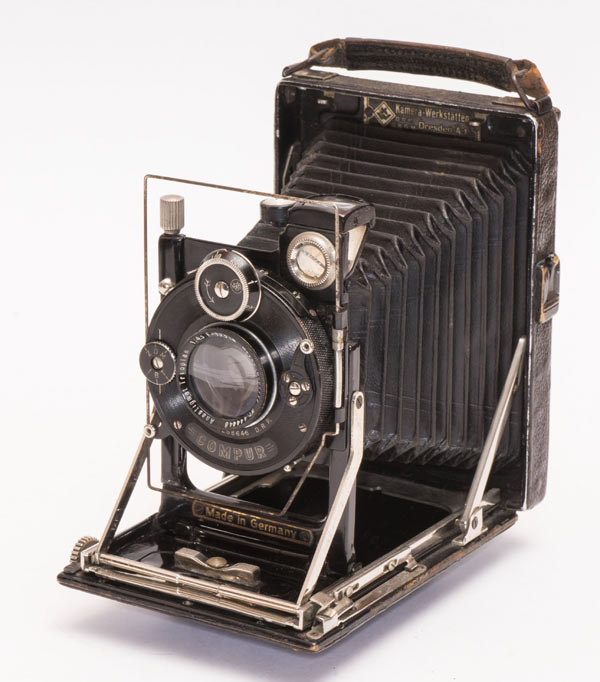 A 90° viewfinder that can swivel, depending on whether you’re using portrait or landscape, is also available and has a spirit level just to its right. 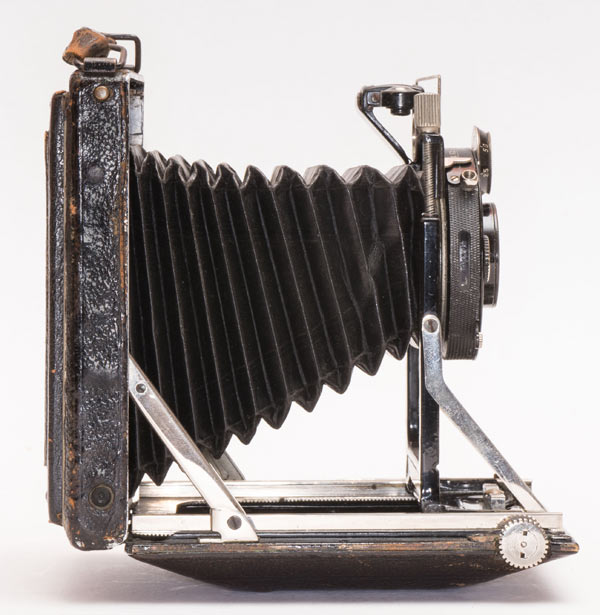 As for movements, it only has a front raise, through a threaded shaft that is very firm and practical. I think this is a huge advantage that was built into this camera due to its early release in 1920. It competed with other cameras in the same style but large format, which usually offered some lens board movement. The next generation, like the Ikontas and Super Ikontas, none of them offer anything similar because despite being folding in the medium format, they were already in the mindset of handheld photography, without tripod, without ground glass and therefore without lens movements. 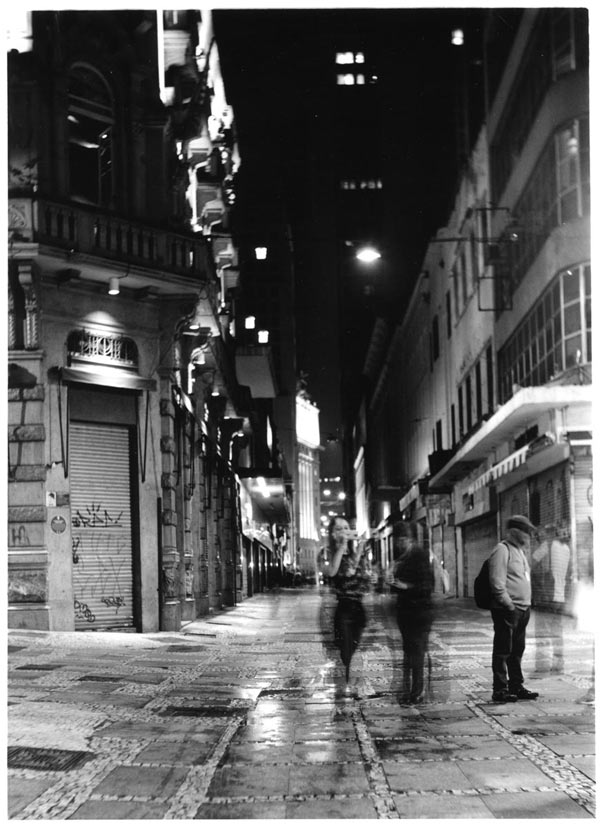 This feature is very useful to lower the horizon line without the vertical lines in the architecture converging to some point in the sky. For the picture above, in downtown São Paulo, I kept the camera level with the help of the spirit level. This ensured that the verticals of the buildings remain vertical in the photo. But in this situation the horizon line splits the photo right in half and the frame incorporates much more of the ground close to the camera. But turning the front raise knob, raising the lens, lowers the horizon line, improves the composition, crops more of the ground and takes advantage of the entire frame of the photo. It’s a really cool resource for architectural and interior photos. 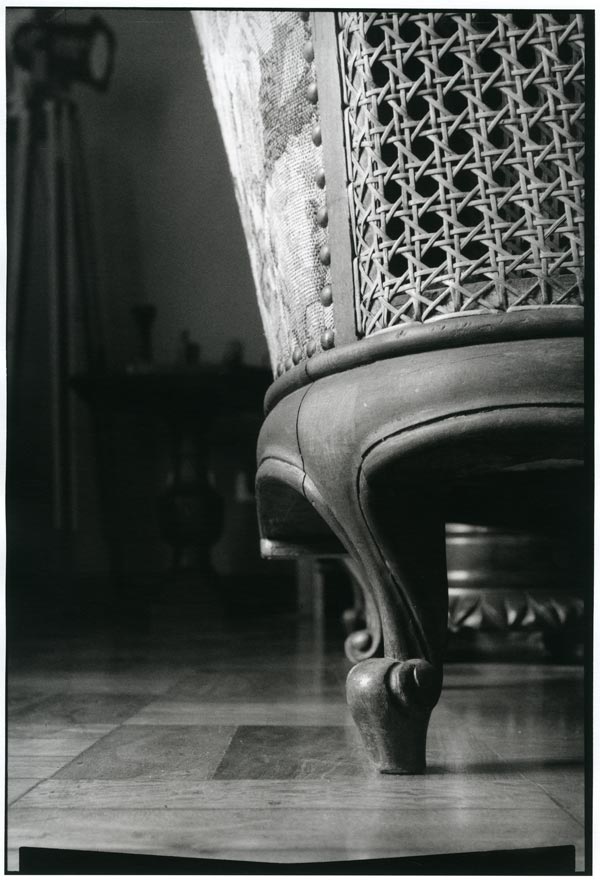 I also really enjoy taking pictures with the camera simply on the ground and using the front raise to the maximum. It gives a perspective that we don’t normally have on a daily basis. This is the case in the photo above. It was made with Trioplan and Ilford FP4 film. Printing on FOMA 111 paper. 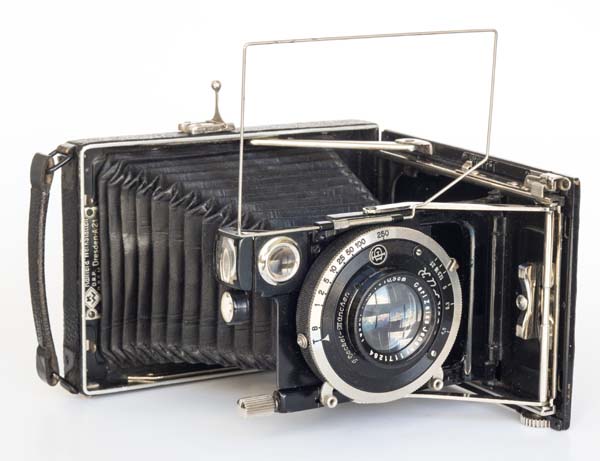 I rarely use this camera in landscape format. Due to the type of construction, I don’t think it was designed for that. Especially when used with a tripod. It even has a thread on the side of the camera body but I think it’s a little unstable and strains the frame a bit. 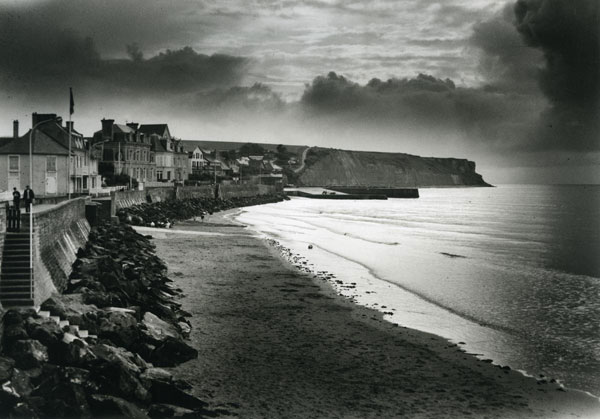 But for handheld photos this is no longer a problem. The photo above was taken with Trioplan on a beach in Normandy. Film was FP4 by Ilford and enlargement on paper also by Ilford. You can see I used a lot of dodging/burning, maybe too much, but the light was really special at the time and the negative ended up asking for something more pictorial. 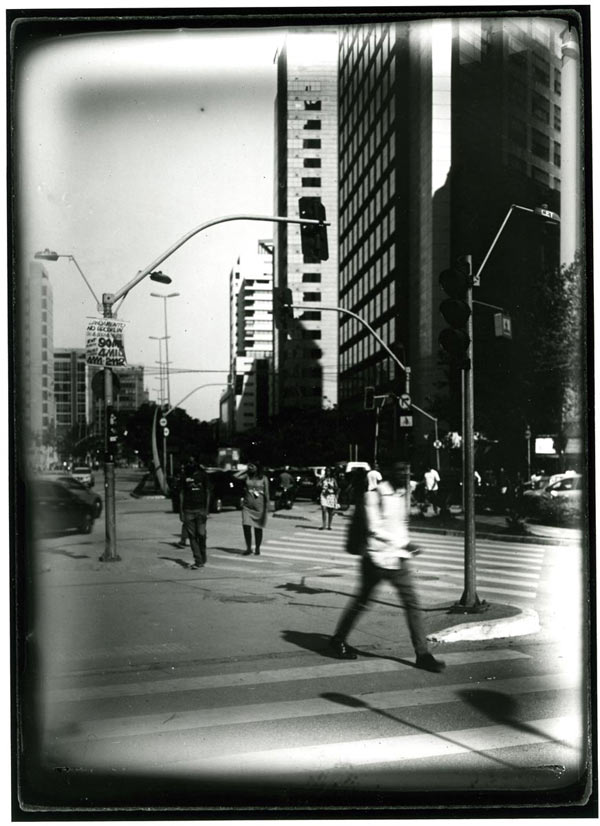 When I started making dry plates, Patent Etui was one of my favorite cameras. The photo above came from a batch from the very beginning when I still had a lot of problems with excessive contrast and lack of uniformity around the edges. I was experimenting with shooting at high speeds. But, anyway, maybe even because of the personal meaning of the photo and the process, I ended up liking this image. It was made with Tessar. 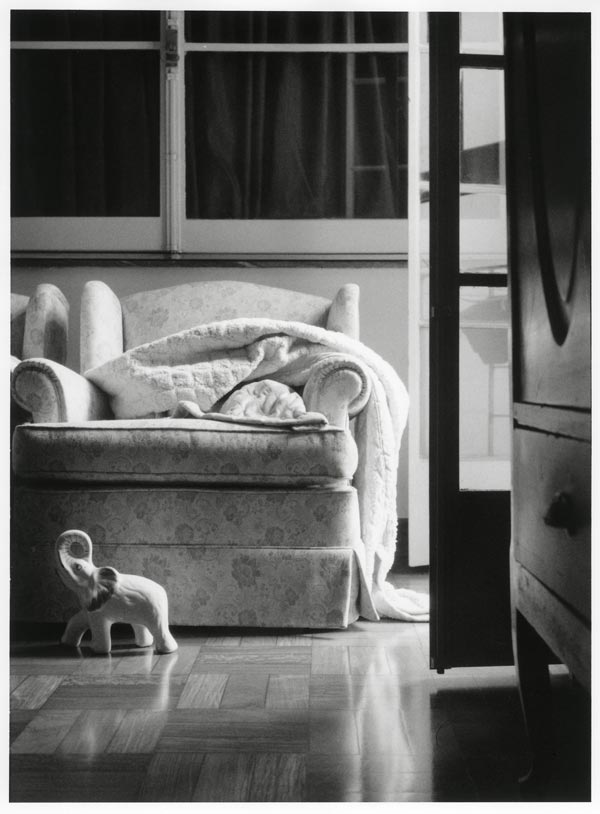 A few batches later my dry plates started to show half tones and more uniformity in the gelatin application. This photo was taken with Tessar. 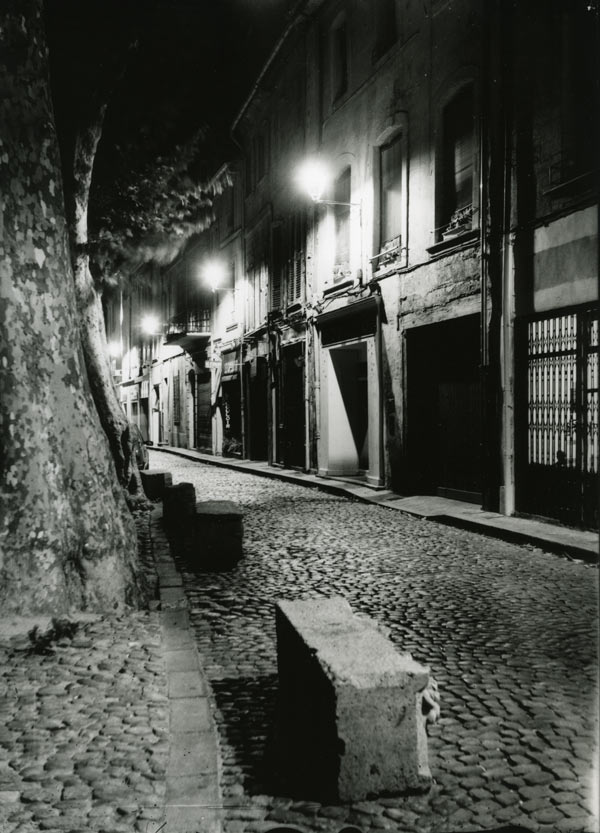 Looking back I see that this camera has often led me to take night shots. I don’t know if it’s because of its small size and ease of walking with a medium tripod or even a small one, but I have several photos I took with it on trips and tours at night. The photo above was with Trioplan and Ilford film/paper. The city is Avignon in France. 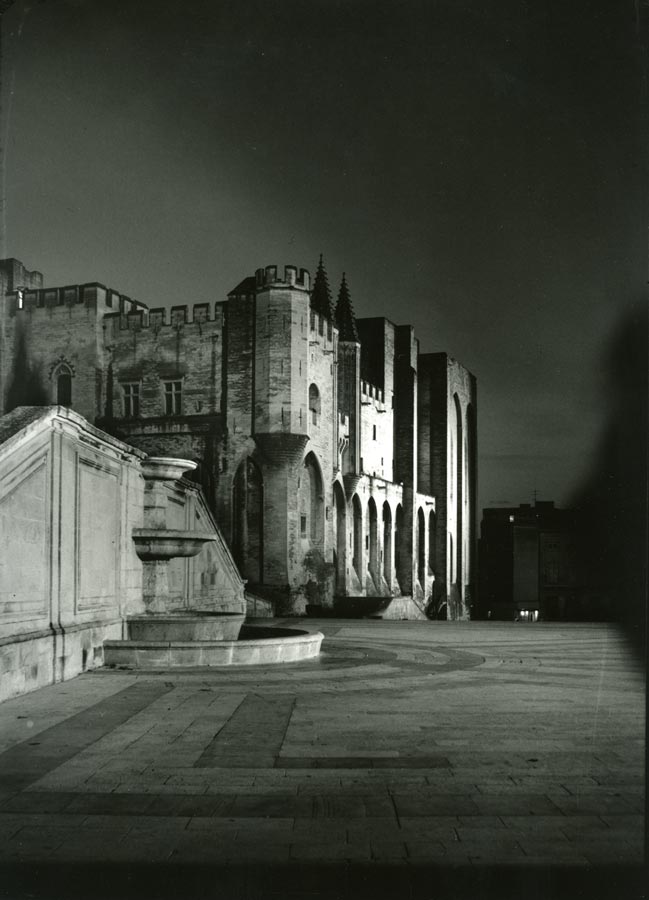 Also this photo was taken on the same night in Avignon, but the subject is much more pompous. This is the papal palace, home to many popes during the 14th century. 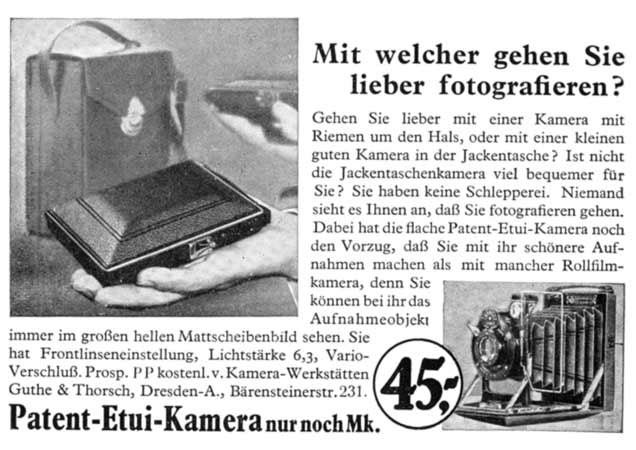 Outside the circle of collectors and scholars of the history of photography, I believe that the name Kamera-Werkstätten is not very well known. However, the company played a very innovative role and a very troubled history. It was founded in 1919 by Paul Guthe and Benno Thorsch in Dresden, Germany. First launch was the Patent-Etui in 1920. Important releases followed. A TLR called Pilot in 1931, a medium format SLR called Pilot 6 in 1935, and the Praktiflex, an SLR for 35mm film, in 1939. Praktiflex was KW’s most continuing creation. It was the first 35mm SLR to compete with pioneer Kine Exakta and would later be renamed Praktica shortly after World War II. Praktica was a huge success and sold for many years.

Paul Guthe and Benno Thorsch would have everything to continue their lives and KW everything to expand its presence among the market leaders if it weren’t for the political turmoil of the late 1930s. In 1937 Paul Guthe, a Jew, emigrated to Switzerland to escape Nazism. Benno Thorsch, for the same reason, emigrated to the United States in 1938. The factory passed into the hands of Charles Noble, an American of German origin who owned a foto finishing firm in Detroit. Charles switched his firm to KW and switched countries with Benno Thorsch.

The conditions under which this exchange was carried out differ greatly depending on the source. In some reports, such as in Wikipedia, it looks like it was a normal exchange just seeking the interest of the parties. The respected historian of the history of photography, especially of German companies, Marc Small, puts it this way: “when the Nazis were dunning the Jews, business owners were forced to sell at a pittance to ‘suitable’ Aryans. Around 1937, the father of ‘Sir John’ [Charles Noble], a German-born US citizen, forced the Guthe and Thorsche families to sell him the Kamerawerkstatten camera works in Dresden to him.” This text is quoted in some photography forums, for example this one. It was originally posted on November 18, 2007 by Marc James Small, commenting on the death of John Noble, son of Charles Noble.

I tend to believe Marc Small’s version. First, because he is really the authority on the subject and second, thinking that the Nazis would hardly have authorized the transaction if it weren’t for the benefit of some of their allies. The irony of history is that Charles Noble made this movement enjoying its Aryan origins and favorable climate to force Jews to surrender their material and intellectual assets in exchange for nothing or almost nothing, but once installed and the war started, the Nazis paid more attention to his American side, as an enemy side. In 1943 they expropriated the factory then called Kamera-Werkstätten Charles A. Noble… and arrested him.

After the war, it was the turn of the communists to appropriate the KW, despite the efforts of the Noble family to recognize their property, the assessment of the Soviets was that as the factory had been expropriated by the Germans they did not confiscate anything from any private, it was simply spoils of war. As if this were not enough, without any lawsuits having been brought against them, father Charles and son John Noble were sent to concentration camps in Siberia, the Soviet gullags. This can be read in this article in the Telegraph commenting on the death of John Noble in 2007.

In the hands of the Soviet government KW became part of VEB Pentacon. Despite the massive bombing of Dresden at the end of the war, the KW plant escaped virtually intact and the building still exists today. The photo above is a partial view taken by Adornix and is on Wikimedia Commons. In the 1990s, after the fall of the Berlin Wall, John Noble returned to live in Dresden and regained ownership of the factory but not of the Praktica brand. The Noblex panorama camera was the product of this new phase in the life of the former Kamera Werkstäten. 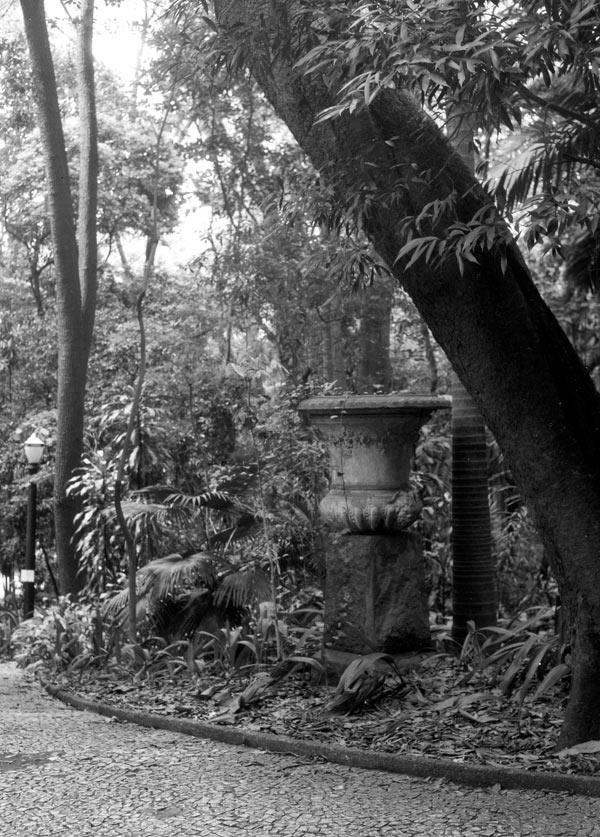